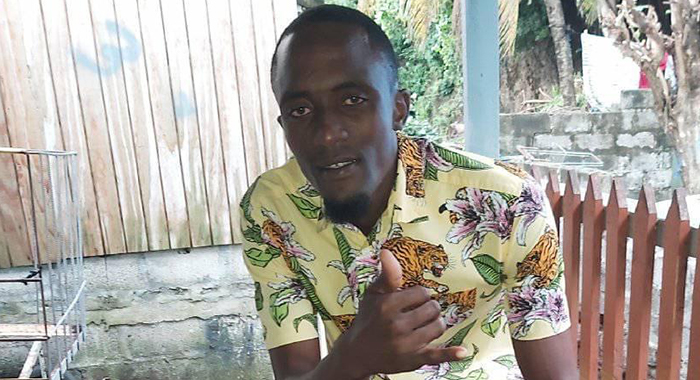 A security guard employed at the Kingstown Town Board has been jailed for nine months for possession of 3.78lbs of marijuana.

Raffique Prince, 27, of Rose Place, was also ordered to compensate the owner of one of four phones that he stole, in addition to being placed on a bond.

He was sentenced on the marijuana charges at the Serious Offences Court, on Tuesday and on the theft charge at the Kingstown Magistrate’s Court.

He pleaded guilty to a charge that he had the drug in his possession at Rose Place last Friday, April 8, with intent to supply it to another.

Prosecutor Station Sergeant of Police Renrick Cato asked the court to impose a custodial sentence, arguing that Prince had tarnished the name of the Kingstown Town Board.

The prosecutor said that Prince had abused his office and breached the trust placed in him.

Cato submitted that Prince should be placed at a place where he could reflect on “the foolishness he had done”.

The charges came after detective Constable 124 Caesar and other officers from the Criminal Investigation Department (CID) who were on mobile patrol in Kingstown arrested Prince near Randy’s Bakery.

Caesar knew that theft reports had been made against Prince and the officer informed him of the report and took him into custody.

On arrival at the station, Caesar observed that Prince was wearing a hoodie matching the description of one worn by a suspect in a number of cellphone thefts in the district.

The detectives resumed their patrol and met Kewani Gordon, of Rose Place, Prince’s girlfriend and informed her of their investigation and arrested her and took her to CID.

A search of her person turned up two phones, both of which resembled phones that had been reported as stolen.

Caesar cautioned Prince, who admitted to stealing four phones within the district over a period of four months.

He told the officer that the phones recovered from his girlfriend were two of those four phones.

On Friday, about 6:30 a.m., Caesar executed a search warrant at Prince’s home and found a multicolored plastic bag containing a number of taped parcels.

“Ah somebody give me dem weed de fu hold. Them nah mine but me go own them cause you find them in my house.

The packages were taken to the Narcotics Base and opened in Prince’s presence. They were found to contain plant-like material resembling cannabis along with two cellphones, chargers, wrapping paper, cigarette lighters and tobacco leaves.

Prince was cautioned again and he said, “Officer, he ain even know tall that bin in dey.

Cato pointed out to the court that the cannabis was packaged in brown tape and there were two bottles, presumably containing drinks, but without labels, that had “VC” written on them.

Other brown taped packages, along with one that contained a cellphone and a charger were marked in the same way.

Meanwhile, Prince appeared before the Kingstown Magistrate’s Court and pleaded guilty to a charge that on Jan. 22, at Kingstown, he stole one red Samsung A10 cellular phone case, valued at EC$55, containing one Black Samsung Galaxy A10 cellular phone, valued at US$235, the property of Patricia Jeffers, of Layou.

He was ordered to compensate Jeffers in the sum of EC$125, by May 2 or spend one month in prison.

For this offence, Prince was ordered to compensate Barbour in the sum of EC$125 by May 2 or spend one month in prison.

He also pleaded guilty to a charge that on Feb. 15, in Kingstown, he stole one Samsung A32 cellular phone, valued at EC$1,300, one Digicel SIM Card, valued at EC$15, one 132GB memory card, valued t EC$150, the property of Danica Hackshaw of Fair Hall.

The court ordered restitution of the items recovered and bonded Prince for a year in the sum of EC$1,500. If he breaches the bond, he must pay the amount forthwith or spend six months in prison.