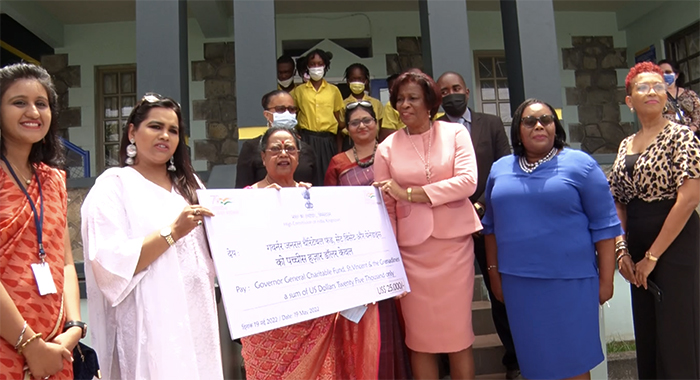 Kovind is in St. Vincent and the Grenadines along with her husband, President of India Shri Ram Nath Kovind, on a three-day official visit that ends today.

SVG’s Cabinet Secretary Kathiann Barnwell-Scott, Permanent Secretary in the Ministry of Education Myccle Burke, members of the Indian delegation as well as other members of the diplomatic corps witnessed the donation.

Also on Thursday, India and SVG signed two memoranda of understanding — the Automatic Exchange of Information and Assistance on Collection of Taxes.

Governor General Dame Susan Dougan, Prime Minister of SVG Ralph Gonsalves, cabinet ministers, the cabinet secretary, Minister of the Public Service Frederick Stephenson, the President of India and members of his delegation, and Members of the Diplomatic Corps witnessed the signing.