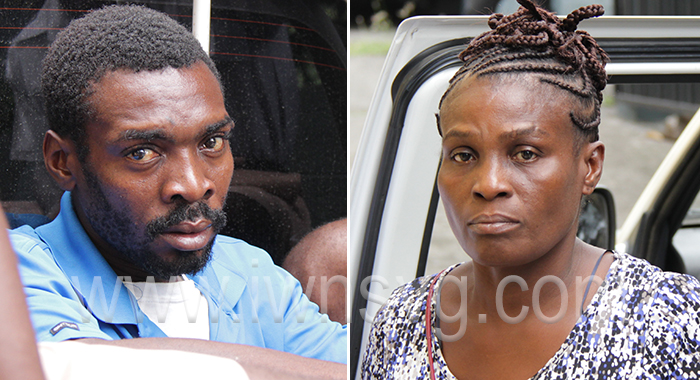 The accused, Ron Francis, left, and Lemmia Browne outside the Serious Offences Court in Kingstown on Thursday, June 9, 2022.

A Barrouallie duo has been remanded in custody until Wednesday for bail review in connection with a stabbing incident in the Central Leeward town.

Lemmia Browne and Ron Francis appeared before the Serious Offences Court, on Thursday, charged that  on June 4, in Barrouallie, they  unlawfully and maliciously wound Calwyn Grant with intent so to do.

They were not required to plead to the indictable charge.

Prosecutor, Station Sergeant of Police Renrick Cato objected to bail for the duo, telling the court that the virtual complainant was, up to Wednesday, still warded at the Accident and Emergency Ward at Milton Cato Memorial Hospital.

He said that the virtual complainant alleged had stab wounds about the body.

“And hope his condition improves, because — have a seat!” she said, not completing the sentence.