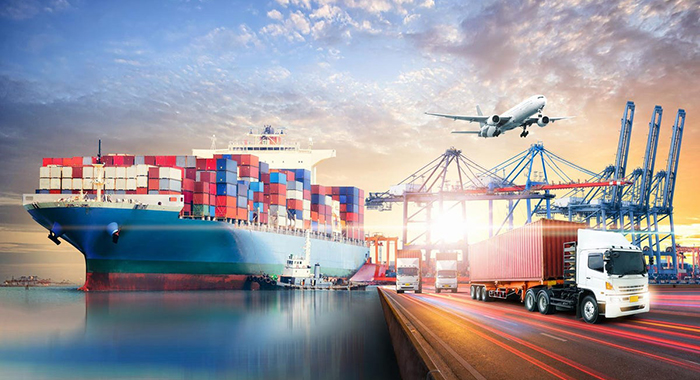 PROVIDENCIALES, Turks and Caicos Islands (CMC) — The Barbados-based Caribbean Development Bank (CDB) says it is looking at “an integrated logistics system, transportation system” for the region developing various aspects of infrastructure such as the ports, the roads, farms, storage, warehousing, and standards.

“What we are looking at regional travel is an integrated regional logistics system that not only provides for the movement of goods and services and people from one particular region to the next in a seamless, integrated, efficient way but equally the supporting elements to make this happen,” CDB President Hyginus “Gene” Leon said.

“If you know the purpose, then you focus less on the mode because your previous mode may not be the best way of tackling the problem.”

He suggested starting with the problem you want to solve, anchor it in a very serious way and explore the options or mix of options that will get you there short term, middle and long term. And that was the context of our conversation.”

Leon said all of this cannot be done “at one time or now.

“And I can indicate one of the things that we are committed to starting, again, coming out of this discussion, is to look at marine transportation, especially with regard to the movement of food along the lines of food security, such that wherever food is produced in the region, we have the means of transporting it, shipping to other places that our dependence on food from outside will be reduced over time.”

He said this is what is meant when the region talks about 25% reduction in food imports by 2025 and that the matter had been discussed at the just concluded 52nd annual board of governments meeting of the CDB.

Leon said the CDB intends to advance food and nutrition security, energy and water security as its “big initiatives for 2022” and beyond.

He told reporters “it is quite clear that the idea of marine transportation is a project that is going to be undertaken.

“But is it already a project that says I have before me a proposal with costing and exact procurement requirements that will dictate how much money I need to bring to the table. We are not yet there.

“The Georgetown Accord was only a couple weeks ago. And what we have is, as I said, it starts with a vision, a commitment to mobilise for a detailed map of transportation.”

Leon said this is “now more or less a regional project and CDB’s commitment now is to try to mobilise finance to help move that project forward.

“If there are road projects that we’re talking about now, it would obviously come from governments that in their national plans they see room and scope for road projects.

“Now, those will be related to the agricultural side, if it is in countries that need to, for example, improve feeder roads from farms to market or farms to port or farms to warehousing wherever it is, that can be an ancillary element of infrastructure.

The president of the region’s premier financial institution said it was not lost on anyone that travelling from the south to the north of the Eastern Caribbean probably involves transitting through the United States “and St. Kitts being one of the notorious examples, from Barbados to St. Kitts, you need to go to Miami and come back to St Kitts.

“I was flying from Curacao to Georgetown and I had to go to New York and come back to Georgetown. That just is (not) and cannot be efficient. Why is it that we do not have adequate air transport links to be able to facilitate those particular travel opportunities?”

He said there are clearly opportunities in the sector, adding, “and we will need to look at and procure financing for but I cannot say to you that I have any projects right now.”

“What about if we can leverage, get a private sector firm to generate batteries that can propel small aircraft and allow us to ply the routes between our islands, literally overnight. I don’t know — the equivalent of a Tesla car.

“It’s the same technology. I have an engine that drives, gives me enough speed, lift off I can propel out. Battery technology issues only have to do is the time to reduce the battery power. And hence when you drive a car, it is how far you can travel,” he said, adding it is advantageous that the distance between Caribbean countries are short.

“So why can’t we begin to use our creative minds and come up with ideas of small planes that can move people, move goods, using solar power, electric power, in the same way to be able now to say we can move and manage short distances without the need to pollute the air and have a larger carbon footprint.

“Is that a project I have now? No. Is it a project one can conceive of, yes. And can one raise funds to do it. I’m sure if you can have a viable proposal on the table it might be something one can be able to look at. Not CBD per se, but from funds that can be mobilised to make this a reality and help solve the problem we have.

“We do not have easy access to moving people today, today from one place to the next without traveling all the way north and coming back south.”