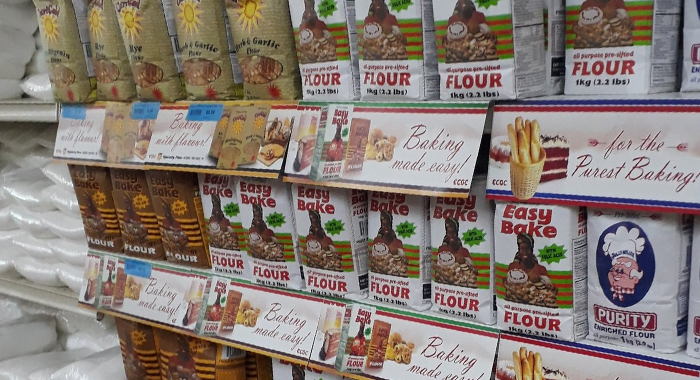 ECGC has requested an increase in the price of flour, which Prime Minister Ralph Gonsalves says is justified and that his government is seeking ways to cushion the impact on consumers.

He said he would discuss the request with Minister of Trade Frederick Stephenson and Director General of Finance and Planning, Edmund Jackson.

“And, the request for an increase can be justified and is justifiable given the fact that the prices for wheat and other expenses that they have have gone up by over 50%. But we are asking them — and what I am going to propose is not quite what they’re asking for — to look at something which might be more manageable.”

He said he will ask the company — of which the government is a shareholder — “to take less of a margin in the current circumstance and in return we will take off 50% of the Customs Service Charge.

“So if we do that, we’ll be able to reduce the extent of what you’re talking about by at least $5 per hundred pound bag.”

The prime minister said the reduction of the Customs Service Charge will amount to a loss of close to $350,000 per shipment.

He said that two or three more shipments are expected this year.

You see the challenges we are having?” Gonsalves said.

“There’s also another problem where ECGC is asking for — well, there are other increases for animal feed, for the chicken and the pigs.”

He said he was looking into the possibility of the government providing some relief in that area also.

“I don’t want people to sell off their birds, their layers. We have to be bearing in mind that Christmas will be upon us and there will be demand for eggs,” Gonsalves said.