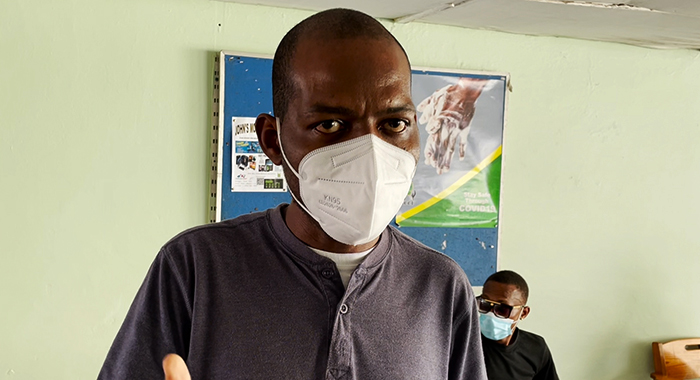 I have never seen any prime minister as wicked and callous in words and actions in my country as our current Prime Minister Ralph Gonsalves. His wickedness parallels none of his predecessors.  He has assaulted the God-given right to liberty of conscience of public servants and teachers, with absolutely no scruples and sense of accountability. At every opportunity provided him to discuss “vaccines” he consumes himself in the most juvenile of manners with rubbing salt into the wounds he has inflicted on nation builders with his asinine mandate.

No jab mandate has been so wickedly unscientific anywhere in the region as the one he uses to oppress us.  Regional prime ministers have since abandoned their tougher measures, yet this one continues to relish the desire for control over the health and bodies of those whose love for children and public service runs deep.

In a July 6 news item from the WEFM, the prime minister professed his love for public servants and confidently declared that “the vaccine isn’t going to kill you: the vaccine isn’t going to harm you”. This as he made another wretched plea to dismissed teachers and public servants to suspend their conscience and submit their bodies to his wishes. With callous disregard for the reality within communities, he cited an “abundance of evidence from about 40,000 people in the country that have taken it” to bolster his case.

Never forget that the jab mandate (SRO #28 of 2021) was based on the long-debunked assumption that the experimental jab can stop infection and spread of the virus within public spaces. They crafted a mandate upon the premise that the jab stops infection and spread of the virus. The incompetence of relying on debunked science as the basis for unjustly dismissing teachers and public servants from their jobs is enough for heads to roll already. Yet wicked Gonsalves refuse to apologise for inflicting pain on innocent workers in the name of science, falsely so-called.

They followed Anthony Fauci, who told MSNBC in May 2021, “When people are vaccinated, they can feel safe that they are not gonna get infected.”

They followed Biden, who told a CNN town hall, “You’re okay, you’re not gonna get COVID if you had these vaccinations.”

They followed CDC Director Dr. Rochelle Walensky, who told MSNBC Rachel Maddow, “Our data from the CDC today suggests, you know that vaccinated people do not carry the virus, don’t get sick.”

And Ralph followed his CMO who said on VC3’s Round Table Talk, “So we do not want to get infected in the first place and that’s why we need to be vaccinated to prevent infections…

Those positions were discarded by the “scientific establishment” long before the making of the mandate, yet they crafted them into their rules with a purpose to “prevent, control, contain and suppress the risk of the spread of the coronavirus-disease 2019 in public bodies” (rule 3, SRO No 28, 2021).

Studies were emerging showing that jabbed persons having a larger viral load than unjabbed persons and at greater risk of contracting the virus than their unjabbed counterparts. The tune had already changed from preventing infection and spread to preventing hospitalisation and death, (which was also debunked by real life data in UK and elsewhere), yet arrogance was Gonsalves’ preference and he and his nodding minions proceeded on a crusade of severing innocent families from their livelihoods.

And then there is the safety question. Can the prime minister indicate if adverse reactions are tracked and reported in St. Vincent and the Grenadines? Does the government perform autopsies on persons suspected to have been killed by the jab? Can the sudden deaths we have been noticing among fully jabbed and boosted professionals be ruled out as having no correlation to the experimental jabs? What about the reports of erectile problems, person with partial paralysis and unusual hospitalisation and unwellness after the jab? Persons in communities know the real deadly effects of the jabs. We are no different than our international counterparts who have been reporting huge increases in deaths among the “vaccinated” as compared with the unjabbed.

Not knowing the adverse reactions is one thing, but absolute reckless talk to entice professionals into taking that experimental jab for a job is inhumane. This prime minister has been reduced in recent months to a veritable curse to our society and his cabinet is no better than he is.

I make this appeal to you, Mr. Prime Minister. You are wrong in your premise for a jab mandate. Nowhere on the globe has that every worked as a health measure in this so-called pandemic. There was no scientific basis for it. You relied on falsehoods to craft these rules. In the process, you have illegally fired good workers and severely attacked the liberty of conscience of Vincentians. You are not doing the work of God, and your exposure as an agent of evil will be made plainer with time. God will punish you and the lairs that prop you up in this wicked mission.

Repeal and repent. Repeal the wicked mandate and beg God for forgiveness. Humble yourself. Desist from persecuting your own people for following God’s convictions. You are fighting against God Himself. God’s woe is over you and your nodding collaborators.

“Woe unto them that decree unrighteous decrees, and that write grievousness which they have prescribed; To turn aside the needy from judgment, and to take away the right from the poor of my people, that widows may be their prey, and that they may rob the fatherless! And what will ye do in the day of visitation, and in the desolation which shall come from far? to whom will ye flee for help? and where will ye leave your glory?” — Isaiah 10:1-3