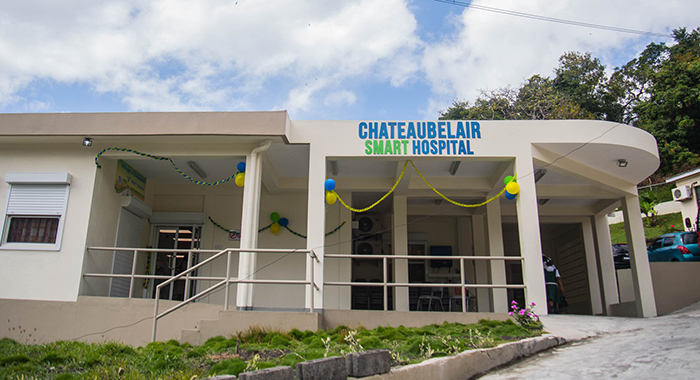 Opposition spokesperson on health matters, Daniel Cummings has described as ‘mind-boggling” the situation at the Chateaubelair Smart Hospital, on July 1, where a shooting victim was told that the ambulance did not have enough fuel to make the 23-mile journey to the main hospital in Kingstown.

Last Friday, the Ministry of Health denied that the ambulance did not have enough fuel but said it was investigating why it did not transport the injured man.

The ministry’s statement came hours after Prime Minister Ralph Gonsalves said the senior nurse in charge of the hospital had told him about the fuel issue.

“… we know of the lamentation of the population on a regular basis for what passes for health care in this country,” Cummings, who is MP for West Kingstown said on radio on Wednesday.

“To have a situation where somebody is shot in North Leeward and requires the ambulance to transfer them to Kingstown, the Milton Cato [Memorial Hospital], and the ambulance is unable to do so because it doesn’t have a sufficiency of fuel in the tank that will guarantee its ability to get into Kingstown,” he said on his party’s programme on NICE Radio.

“It’s mind-boggling.,” Cummings said, adding that “even more troubling is the fact that in this day and age, it appears that all public transport vehicles can only get fuel from one place, at Cane Hall.

“And clearly it is not there that they can transfer it to other containers, the vehicles have to travel all the way from North Leeward to Cane Hall, pick up the fuel and find their way back.”

Government vehicle in St. Vincent fill up at the state-owned depot in Cane Hall, located 26 miles south of Chateaubelair

“And those of us who know that journey know that a quarter tank disappears in that process, because of the length of the road and the inclination of the road, the steep hills and valleys are not the easiest of terrain,” Cummings said, adding that a vehicle would burn a lot of fuel just getting to and from the depot.

“And to think that in this day and age, this is a governmental system, a government that is supposed to be looking after the interests of people, they are so archaic in their thinking, they are so lacking in common sense.

“I mean, I always remind people of the fact that the Prime Minister and his family didn’t ever have to think about getting gas, the government supplies for all the vehicles that supply the family at the mansion. So it doesn’t matter where the gas comes from, or what the cost is, we the taxpayers pay for that.”

“… you cannot even provide an ambulance to take them to Kingstown. How on earth, they’re going to ever get any form of treatment under those circumstances?” Cummings said.

“And these are the kinds of things that are very troubling, it speaks of a lack of care that people are operating in such an archaic environment, devoid of common sense and this is unacceptable in this day and age.

“But unfortunately, this is what St. Vincent and the Grenadines has come to. The government seems preoccupied with interfering in our festival of Carnival in the most damning of ways to make sure that only people who support the ruling party have a chance of being successful.”