Taking responsibility should be mandatory — just like COVID vaccine 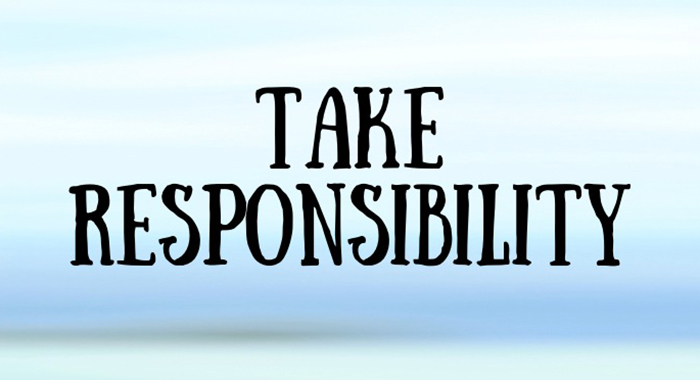 Recently, it was mentioned that what the vaccinated teachers and the parents of students would say, along with the advice of the chief medical officer and other government authorities would have to be considered. This was said in relation to the possibility of the government rehiring teachers on the condition that there is no surge in the COVID-19 disease after the carnival celebrations.

The statement reminds me of Pontius Pilate’s washing of his hands. The Holy Bible tells us that Pontius Pilate, the Roman governor of Judea, washed his hands in a symbolic way to clear himself of blame for the crucifixion of Jesus Christ. In that way, Jesus’ death was seen as the result of the governor unwillingly succumbing to pressure from the Jews, who wished for the offender to be put to death. Pontius Pilate, therefore, could not be viewed as responsible for the death of such a man when he was obviously forced to give in to the will of the Jews, right?

The same crafty manoeuvres are no less effective in our day, and with our present issues. In fact, the hand-washing has been probably going on here for a while now. For instance, to consider the vaccinated teachers, the parents of students and to take the advice of the chief medical officer and other government authorities makes them appear as significant forces in the decision-making process where the “re-hiring” is concerned. This game has been played before to help to justify the vaccine mandate, when it was said that parents felt worried, or concerned about their children being taught by unvaccinated teachers. This way the parents appeared to be major factors in the decision taken.

Such action is unbelievably misleading and divisive to those who are not able to discern who really bears the soiled palms. They easily fall into the grips of manipulation and shout, “Crucify him! Crucify him!”, just as the Jews did. However, some deeds are just too dirty for water to rinse away. It may be the clever thing to turn attention away from the dirt in one’s own hands while the dismissed continue to suffer the stigmata in theirs.