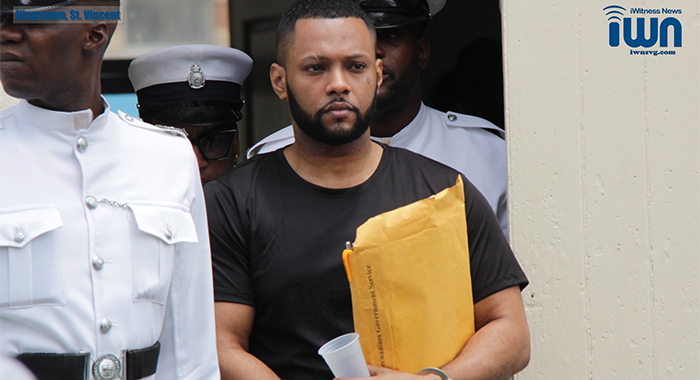 It’s been six years since Inether Bailey-Holder got her first glimpse of the man accused of murdering her daughter.

Sharleen Greaves, a 33-year-old real estate agent was found stabbed to death in her office in Arnos Vale on Nov. 13, 2015.

Bailey-Holder was either inside or outside the courtroom for every hearing at all stages of Primus’ trial – including for 27 days over the 13-month preliminary inquiry.

And, she was in court on Monday, when a 12-member jury found Primus guilty of murdering her daughter.

Primus escaped from prison twice in the six years that he spent awaiting his trial.

During that time, he was also indicted in absentia for the murder of a 16-year-old girl in Brooklyn, New York in 2006.

On Monday, Bailey Holder waited inside the courtroom as the jury deliberated for three and a half hours before returning the guilty verdict.

The grieving mother is hoping that Primus is jailed for a long time.

There were some uncomfortable moments for Bailey-Holder during the trial.

The crown’s case hinged largely on the evidence of one of Primus’ female relatives, with whom he had a sexual relationship. The witness, who testified remotely and in-camera, said Primus confessed to her that he killed Greaves.

Aliscia Mayers-Primus, the wife of one of Primus’ cousins and the sister of Greaves’ assistant, testified for the defence.

Karim Nelson, an assistant director of public prosecution, led the prosecution team. The other members were Kaylia Toney and John Ballah.

But Bailey-Holder is happy that it is over … at least for now and asked that Greaves be remembered as the lively person she was. On Sept. 21, Veron Primus might know what price he would pay for Greaves’ murder.