Magistrate urges abusive man to move on from his ex 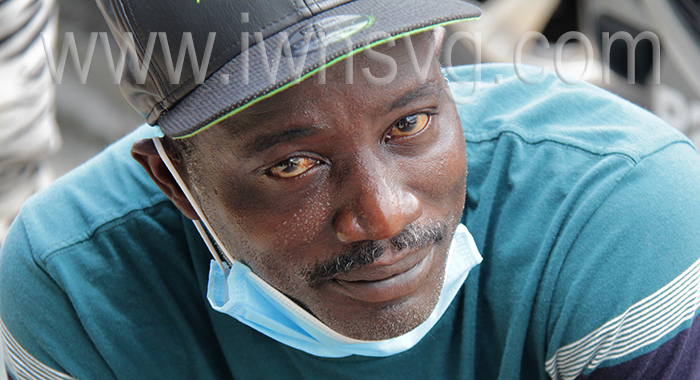 A Rillan Hill man has been bonded after assaulting his ex-girlfriend and mother of his two children twice this year.

On Wednesday, at the Kingstown Magistrate’s Court, Senior Magistrate Rickie Burnett bonded Chemmie “Wormy” Mc Ree, 39, for one year in the sum of EC$3,000.

“It tells you how seriously I take this matter. You are on $3,000 bond. If in breach of the bond, you go to prison for 12 months. I ain’t saying one year. A one-year prison sentence is nine months? I am saying 12 months,” Burnett said.

The facts of the case are that Mc Ree and the complainant, Stacy Chance, also of Rillan Hill, were in a common-law relationship for 17 years.

The relationship, which ended earlier this year, produced two girls, aged 10 and 8.

On April 5, Mc Ree went to Chance’s workplace in Middle Street, Kingstown, and started to argue with her.

He requested a list of things that their daughters need and was aggressive with the complainant, so she reported the matter to the police.

About 1:15 p.m. that day, Chance was still at work and was going to the back of the store and had to go outside to do so.

She met Mc Ree outside and told him not to involve her co-workers in their business and went her way.

She later met Mc Ree outside again and he stood in her way and refused to move.

Mc Ree refused and as Chance tried to pass, he grabbed her by the neck and pushed her to the ground.

Chance received injuries and reported the matter to the police.

Constable Holder, who entertained the report, saw what appeared to be blood on Chance’s right shoulder and gave her report medical injury forms, which Chance returned after seeing a doctor.

The officer conducted an investigation and charged Mc Ree.

In mitigation, Mc Ree told the court that he began a construction job in Campden Park on Monday.

He said he used to be a minibus driver but injured his leg sometime ago and was at home on April 5 with this injury on the date that he assaulted Chance.

“You were home, foot sick, she’s working and that is what you choose to do?” the magistrate said.

“Me and she ain’t been dey,” Mc Ree said, adding that he did not go to Chance’s workplace “for any violence”.

“You shouldn’t have been there at all,” Burnett responded. “Stay home with your sick foot. I don’t understand these men.”

He told Mc Ree that based on his behaviour towards Chance, it was possible that her employer could have fired her because of the brawl at the store.

At this point the prosecutor rose and told the court that Mc Ree has another conviction in which Chance was the virtual complainant.

“When you behave this way, you expect her to stay with you?” the magistrate said.

“If this is the second time that both of them are in court, that is saying something. It is saying, among other things, that his mind is still on her, even though she has moved on from him.”

Chance told the court that in February she left the house in which she and Mc Ree lived.

“…  and he still doesn’t want to accept that we’re finished,” Chance said.

“I have to say what I have to say in helping you to solve your problem. If you want a woman in your life, lime somebody else. That’s part of your problem. You miss her and that is normal and natural, I believe. If a woman is with you 17 years, you are likely to miss her but she has moved on with her life. Find somebody else and leave her alone and let her live. These are practical things. I am not shying away from these things because his problem is that he wants a woman.”

Mc Ree said that he would want a woman but also wants his kids.

“You have your kids but what you don’t have is your kids’ mother,” Burnett said.

“She never tell me me and she done but I see signs. She moved out,” Mc Ree told the court.

Burnett told him that some women do not say anything when a relationship ends.

“There are different ways to say the same thing,” he said.

“It’s not the end of the world,” Mc Ree told the court.

“Right. To the extent that you want somebody, find somebody and leave her,” Burnett told Mc Ree. “Again, this is not looking good because when your children grow up they are going to know you have criminal convictions because you abused or assaulted their mother.”

“I done overcome that,” Mc Ree told the court. “All I concerned about is about my kids them.”

The magistrate said that Mc Ree and Chance have to interact because of their children.

“She don’t call may phone. She done block my phone,” the defendant said.

Burnett urge Mc Ree to go to the Family Court to have something put in place regarding maintenance of his children, if that is an issue.

“Because once you all get in each other’s presence, the 17-year experience may come back afresh — in his mind at least,” Burnett said.