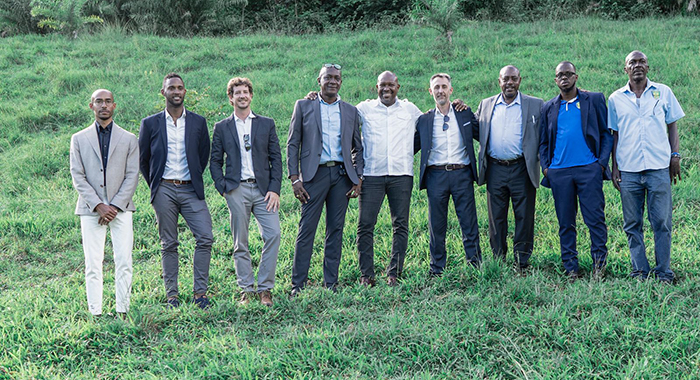 Technocrats from FIFA offices have visited the site in Brighton Technical Centre and the venue in Pembroke for a proposed stadium.

The delegation also met with representatives of the government, including then acting Prime Minister, Saboto Caesar, Minister of Sports, Frederick Stephenson and Minister of Finance, Camillo Gonsalves.

The FIFA delegation along with President of the St. Vincent, and the Grenadines Football Federation, Carl Dickson, and General Secretary, Devron Poyer, discussed issues relative to logistical support, concessions or waivers, and permits that may be required to advance the project at various stages.

Immediately following the meeting, the delegation traveled to the five-acre site in Cane Grove and conducted a walkthrough.

The members visited the Brighton Technical Centre, where the local executive committee identified some areas of further development required to complement the recent work completed at the site.

This includes the restoration and retrofitting of an existing building to increase hosting capacity at the location.

Dickson expressed appreciation for the ”firm support being afforded to the local executive by our FIFA counterparts and specifically the interest and commitment being demonstrated by the team in assisting us to meet our established timelines”. He also said that the visit was designed to “identify the components of the project that would comprise phase zero such as permits, architectural drawings, comets and bidding documents to be used to facilitate the selection process”.

The project will be completed in a phased manner and will include a full-size international football field, a Futsal facility as well a technical centre, which will be equipped with amenities to accommodate four teams and officials.

On completion, the facility will complement the existing Technical Centre at Brighton, which currently serves as a training facility equipped with dormitories for national teams, during preparation for regional and  international tournaments.

This project is being funded under the FIFA Forward initiative.