Youth shouldn’t be an obstacle to leadership — Storm Gonsalves 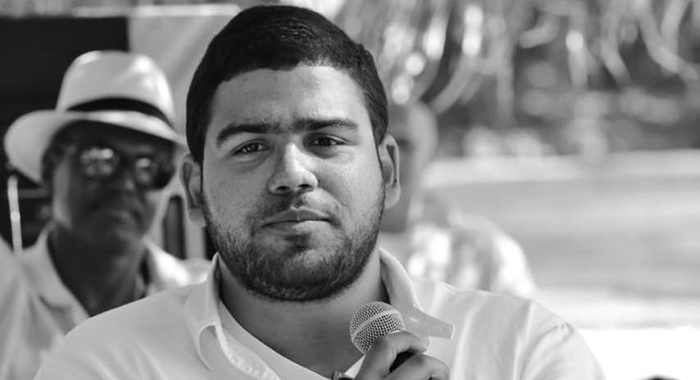 Storm Gonsalves, the youngest son of Prime Minister Ralph Gonsalves, says youth should not be used as an obstacle to leadership.

“If you’re in your teens, twenties or even thirties and you have ideas, a great work ethic and positive attitude, don’t let anyone hold you back from seeking positions of leadership because of your age,” Storm, who is in his 20s, wrote in a Facebook post.

Storm’s post might have given some people pause, as his father, at age 76, has said that he would lead the ruling Unity Labour Party, which he has been heading since 1998, into the next general elections, rather than transition to a younger leader.

And, this was cemented at the ULP’s 25th convention on July 31, when the older Gonsalves was returned for a two-year term as political leader of the ULP, with Montgomery Daniel, 69, as his deputy.

Some say that the prime minister, and or his party, was saying that they did not have confidence in the next generation of leaders, which includes his second son, Camillo Gonsalves, 50, who is minister of finance and into his second five-year term as MP for East St. George, as well as Saboto Caesar, 41, minister of agriculture and a three-term MP for South Central Windward.

In his “Food For Thought” post on Monday afternoon, Storm said, “I see so many businesses cripple themselves by failing to hand over to younger generations.

“When are we going to stop ‘babying’ or dismissing legitimate leaders in the region? Why must we ‘wait our turn’? When will we realise truly empowering the youth will lead to exponential growth in the economy and in culture, academia, technology and the arts?”

He said that with age comes “experience which is extremely valuable for leadership” but added, “… age is not an accurate measure of judgement or self awareness.

“Most of the major innovations in the last 40 years have been championed by persons in their twenties and even teens. From technology to entertainment young people in their twenties have pioneered new ways of thinking and in some cases even new industries!” he said.

“I feel that there is a misconception that those young persons seeking to empower themselves or looking for advancement are somehow disrespectful to those who came before them. That could not be further from the truth,” Storm said.

“Can we please let go of this outdated cultural notion, that is pervasive in this region, that no one is ready to take up the mantle of leadership until they are well into their 40’s and 50’s?

“There are several factors that go into being a great leader that can effect change, and age is not one of them!” he said.

It is not clear if Storm’s view extends to the world of politics.

However, what is clear is that ULP Senator Keisal Peters, 36, one of the youngest ULP Parliamentarians, when asked on Aug. 7 about her party leader’s age, said, “… age is nothing but a number… With age comes wisdom.”

The Minister of State in the Ministry of Foreign Affairs, speaking on WE FM, said, “… not because somebody is of a certain age, you should put them out to pasture, they are of no good, no consequence, no importance”.

Peters, who was appointed a senator in November 2020 and hopes to represent the ULP in West Kingstown in the next general elections, said that the prime minister “is transferring his knowledge to us, the younger ones, who are going to have to continue the fight”.