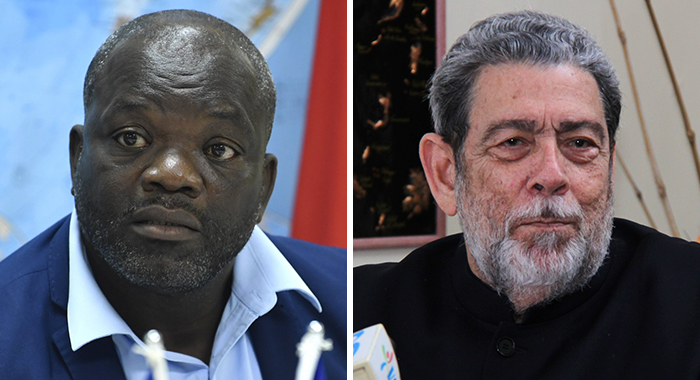 Prime Minister Ralph Gonsalves and Curtis King, the two education ministers in St. Vincent and the Grenadines, have given conflicting figures on the number of teachers who have either taken a COVID-19 vaccine or reapplied for employment after the mandate came into effect last November.

On Aug. 16, when he announced that he was taking over ministerial responsibility for tertiary education from King, Gonsalves said that the Ministry of Education had informed him the previous day that 55 teachers had reapplied for employment.

The government is allowing unvaccinated teachers to return to the job, under certain conditions, including frequent testing and the mandatory wearing of facemasks.

On Sunday, King said 30 teachers took the vaccine and returned to the job after the mandate came into effect last November and a further 10 unvaccinated teachers reapplied for employment after the government relaxed the rule in July.

King, who has ministerial responsibility for primary and secondary schools, said there was no indication that school will not reopen next Monday, Sept. 5, as planned.

He, however, said that the ministry was yet to complete the staffing of all schools, adding that most institutions need one or two teachers, while at others, “the numbers might be higher”.

Speaking on WE FM’s “Issue at Hand, the minister said that of the 2,200 teachers in SVG last November, about 212 of them initially did not take the vaccine.

He said that between the latter part of 2021 and the second term of the school year (which ended in April) 30 of the permanent teachers took the COVID-19 vaccine “and went back to their substantive posts within the teaching profession”.

The minister said that each of these teachers was returned to the post they held before the mandate came into effect, but lost the salaries they would have collected during the months when they were off the job.

King said that on July 27, there as a relaxation of the rule, allowing for unvaccinated teachers who lost their jobs over the mandate to be re-employed.

“And since then, 10 teachers who are unvaccinated returned.”

Speaking on the same programme, on Sunday, the prime minister addressed the issue of the numbers, saying that 92% of teachers took the COVID-19 vaccine.

Gonsalves said that the 212 who did not take the jab included temporary teachers and some who were on contract.

“I was informed by the public servants and which I said that there were 55 teachers who either took the vaccine after the closing date for the requirement or who decided to reapply under the amended rules,” the minister of tertiary education said.

“I didn’t speak just about those who had applied from the amended rules. And people must remember what was said. I heard Curtis on the 40 but I was informed that the number was 55 when you did all of these related to temporary teachers who were not taken on among this 40 because there might have been some temporary ones. So that accounts for the difference between what I said was 55 and Curtis said is 40,” the prime minister further stated.

Meanwhile, King was asked whether his figures meant that 172 teachers are still outside the system, having not taken a vaccine as mandated and having not reapplied for employment.

“Well, it might very well be a little less than that. Because I’ve been trying with the officials to get an exact figure, because don’t forget, in addition to those who return, those who reapply, I can tell you some persons took early retirement.”

King said he “actually encouraged persons who felt that they were not going to take the vaccine — and it surprised me that we had persons who did not know that they could take early retirement”.

He noted that the government amended the Teacher’s Pension Act to allow teachers who are qualified to take early retirement.