Schools ‘showing the strains of a failure of proper management’ 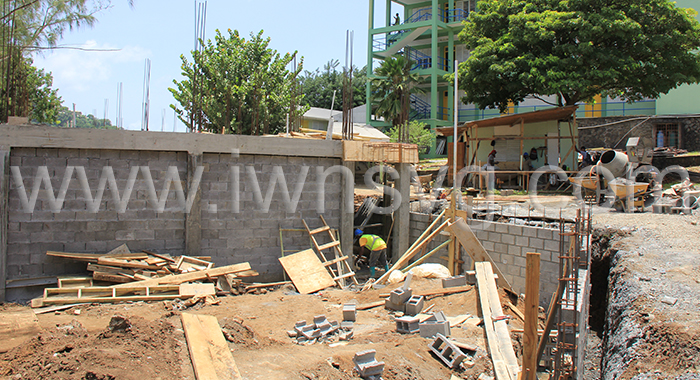 The fact that some schools could not operate on the first day of the academic term, on Monday is “a failure of proper management,” says Opposition Leader Godwin Friday.

Students of the Kingstown Preparatory Schools, as well as their counterparts at Stubbs Government School and Emmanuel High School Mesopotamia did not have classes on Monday because their campuses were not ready.

Further, Grammar School students will stay at home for at least an additional week as the government completes repairs to their school campus.

At the same time, Thomas Saunders Secondary School had moved into one of the two temporary campuses at the decommissioned ET Joshua Airport, where the Grammar School was being housed.

On Monday, the opposition leader noted that schools should have reopened on that day

“This is a time when it should be so exciting for children, for the parents, especially now that they’re going back to face-to-face learning,” he said.

He expressed hope that the government has programmes in place to help students who have fallen behind catch up so that they “don’t suffer irreparably from the fallout of closings of schools during the worst part of the COVID crisis”.

“I said this over two, three weeks ago that from what the signs you were saying is that the system, the government, the Ministry of Education that they weren’t ready,” the opposition leader said on his weekly programme on NICE Radio.

Friday said that while the Ministry of Education did give the assurance that schools were ready for the return of students, the ministry did not seem confident.

He noted that Prep School student had to return home because their campus smelt of paint.

“You just slapped it on overnight, and they expect you to just sit in a classroom? This is planning or this crisis management?” Friday said, adding that there were other schools around the country where similar things happened.

“Why are the school not ready if the minister says that they are ready? He said that they’d be ready to start school today,” the opposition leader said referring to Minister of Primary and Secondary Education, Curtis King.

“When they start school today they should be dealing with the matter of how do we overcome the deficits that we have suffered over the past couple of years from the COVID crisis, the deficit that they continue to suffer because the teachers have not been rehired — those experienced teachers who were fired because of the government’s vaccine mandate.”

He said that schools are still trying to adjust to the absence of experienced teachers, who were dismissed over the COVID-19 mandate.

The opposition leader said that in some instances principals have been replaced with less experienced people.

“So the system now today is showing the strains of a failure of proper management,” he said, adding that the government has announced that it has eight more schools to repair.

“When you have a list of all the schools, what happened there’s no maintenance programme in the school system? My alma mater, the Bequia Community High School, so long they close it down say they’re going to repair it; nothing has started down there.

“They have the students jam up in suboptimal conditions to go to school, and the work still hasn’t begun to repair that building. Why did it get to that state where it’s virtually uninhabitable?”

He said the situation at schools exists even as parents across the country have their own challenges to outfit their children for school and to pay the recently increased bus fares.

He also noted that the prime minister said on Sunday that the government has hired 40 relief teachers.

“What’s a relief teacher?” said Friday, a former educator. “You didn’t plan for the hiring of teachers to make sure that the schools that the government are responsible for they all have their complement of teachers? And where are the teachers who were fired because of the vaccine mandate?”

The government has said that it is willing to rehire unvaccinated teachers who were fired over the XCOVID-19 mandate, if they reapply and are willing to abide by established protocols.

Some of the teachers, as well as their union have said that they should be reinstated and the wages they lost since their dismissal be paid to them.

“Why are they not back in the classroom? Why have they not been reinstated into their job so that they could be there delivering for our students?” Friday said.

“And you’re hiring relief teachers? What qualifications do these relief teachers have? Are you going to just take bodies and put them into school as they done over the past six months?” the opposition leader said.

“Just putting somebody in a classroom to say that they are filling the position of a teacher doesn’t make that person, an effective teacher. And our school system suffers, … our children suffer.

“And the teachers themselves want to be back in the classroom, they are also suffering their own economic hardship, emotional hardship because of the government’s failure to have these teachers reinstated to their positions and back in a classroom, where they belong,” Friday said.