Jamaica says tourism is fastest, easiest way to transfer wealth to the poor 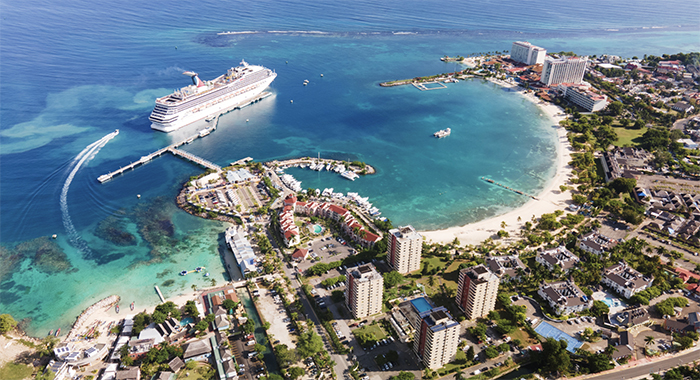 GEORGE TOWN, Cayman Islands (CMC) — Jamaica’s Minister of Tourism, Edmund Bartlett says tourism is “the fastest and easiest way to transfer wealth from the rich to the poor” even as he noted that the Caribbean region needs to do more to retain more of the tourism spending.

“As the plane lands it brings wealth and as the cruise ship docks, similarly. No planting, no reaping, no germination, no packaging, no shipping. Immediately, the dollar goes straight into the pockets of an ordinary man,” Bartlett told the Caribbean Tourism Association’s (CTO) “Destination Media Briefing” held as part of activities for the CTO Business Meetings and Caribbean Aviation Day Event, which ends on Thursday.

Bartlett said that Jamaica is increasing the retention of tourism dollars “by building the capacity of our people to supply on the demand of tourism”, pointing out that tourism has “highest propensity to consume” of any industry in the world.

“That’s all we do,” he said, adding that 42% of visitor’s expenditure is on food.

“Let’s start producing food. Let our farmers do it and let’s have the farm-to-table arrangement,” Bartlett said, urging the establishment of a supplies logistics centre.

“… this recovery has given us a nice opportunity for that because it has provided something called — it’s painful to some but it is true — the supply chain disruption,” Bartlett said, noting that the level of local purchases in the hotels in the Caribbean “has stepped up to a new level.

He suggested that the region no longer has to outsource marketing services.

“We could do that for it in Jamaica, right in Barbados, right in St. Kitts,” Bartlett said, adding that a foodie youngster in Montego Bay recorded a video of him that generated 32,000 hits in five minutes.

“What I’m trying to say is that tourism has now become an industry of the people. It is no longer the preserve of the privileged, because people own experiences and people travel for experiences. I’ve always said this, people travel to fulfil their passions. What are their passions? Anything, almost everything. It’s amazing that people make money in Jamaica from making two foolish crabs race…

“So you don’t have to be a rocket scientist. You just need to have an idea in tourism that can be converted into some material good that people would pay for.”

Bartlett said that Jamaica is moving into non-traditional markets, including Africa and Asia, noting that the pandemic enveloped every continent and country simultaneously.

“So the capacity of any one country to exceed that of the other is compromised. And we don’t know how long it will take some of our existing partners to recover fully to be able to give us the flows that we had in the past. But we know that if we expand the market and we move into new areas, we can quickly get the increment that we need for growth. And that’s the strategy behind that,’ he said.

“And what we’re trying to do is to future proof our growth potential because whilst we know that our traditional markets are there for us, we know they’re having problems too. They have in supply chain disruption problem, they have problems with inflation, hyperinflation, they have problems in terms of affordability and then there is the airline capacity and connectivity issues.

“So the more you look beyond where you are, and you can get that increment you need. It’s the more your growth is secure. That’s the thinking,” Bartlett told the conference.