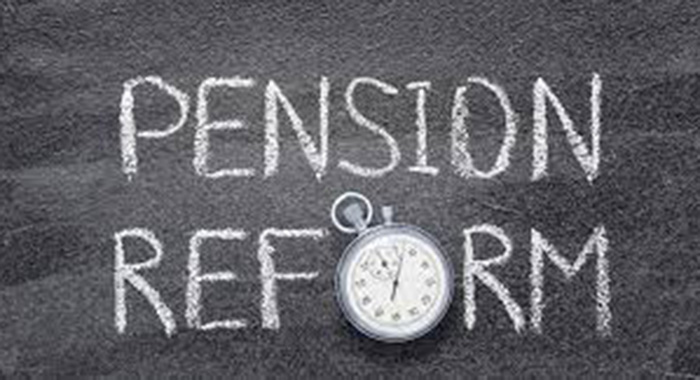 The call by the Public Service Union for the National Insurance Services (NIS) to increase its pensions has revived the debate on pension reform in St. Vincent and the Grenadines.

Last week, President of the Public Service Union, Elroy Boucher, said that pensions in SVG have not been increased in over a decade.

However, Minister of Finance Camillo Gonsalves denied this was the case, but said there needs to be a comprehensive review of the nation’s pension system.

“While we’re dealing with the issue of salary increases, I want to also appeal to those who manage the NIS, because for the past 10 years or so, or more, the pensioners have not been given an increase,” Boucher told a press conference in Kingstown on Sept. 20.

The PSU as well as the Teachers’ Union and the Police Welfare Association, called the press conference to report on recent negotiations with the government that resulted in a 7% increase in salary for public sector workers from 2023 through 2025.

Boucher noted that government pensioners will benefit from the salary increase.

“But the NIS pensioners who are not public servants, but private sector, or those who may not have been pensionable in the public service, it’s more than a decade, they have not gotten anything,” Boucher said.

He spoke about the increased cost of living, saying, “… some prices have literally doubled.

“And these folks still have to go to the supermarket with the same pension they were getting almost 10 years ago. Oh, that can’t be right, especially when NIS lending millions to build hotel, as far as I’ve been advised. … It is time enough that something be given to these pensioners,” he said.

Boucher said that sometimes the pension is so small “it is even below a living wage, if you want to call it that.

“And were it not for family and children and that sort of stuff, it would be very difficult to survive on an NIS pension, especially for those workers who are lower salaried and do not benefit from a public service pension.”

‘a very big believer in institutions and processes’

However, speaking at his own press conference two days later, the finance minister said he was pleased to hear that the union thought the salary increases were “fair” even as the government considered it “generous”.

Gonsalves said he is a very big believer in institutions and processes, adding that the framework between the government and the unions functioned well and the process of consultation and negotiation also functioned very well.

“I am asking that we continue this spirit of collegiality and cooperation as we tackle the very important issue of pension reform,” Gonsalves said.

“The existing pension reform structure are not sustainable in the long run and we are going to have to adjust them but we don’t want to adjust them in any way that is unilateral, in any way that is disadvantageous to existing workers and so we want to have a conversation that focuses on the reality of the sustainability of our pension system and what has to be done. And I hope that this particular consultation, as quick and as honest and as successful as it was, can be a model by which we discuss the issue of pension reform.”

He noted that pension reform would be a discussion with wider consultation than just with the labour unions.

Boucher was ‘not correct’

He said that while he did not have the data at hand, the NIS Boucher was “not correct” in saying NIS pensions have not increased for about a decade.

Gonsalves said that Boucher was absent from the first consultation between the unions and the government, when Stuart Haynes, executive director of the NIS, delivered “a very, very lengthy presentation, over an hour long, about the health of the NIS”.

The presentation included the impact on the NIS of COVID-19, the volcanic eruptions of April 2021, and of raising interest rates in the United States, where the NIS invests money in the stock market.

“…  the government pension and the NIS pension combined can sometimes produce a perverse result where somebody who is retired is making 120% of their salary,” Gonsalves said.

“So, there’s a perverse possibility that somebody retired is making more money than somebody who is working, which is a recipe for unsustainability.”

He noted that Boucher’s suggestion came after the unions and the government had just concluded wage negotiations.

“We have to look at everything,” he said, mentioning the relationship between the government pension and the NIS pension, how the pensionable age is calculated, the retirement age, and the way in which non-government workers contribute to pensions.

“… there’s a whole range of issues that has to be discussed and to pick ‘I don’t like what the NIS pension is, it should have been raised more times than it has been raised’, that something is destructive to the conversation that I’m trying to have,” Gonsalves said.

He said pension has to be discussed holistically.

“And the sustainability of pensions is not something I’m going to play politics with,” he said, adding that other countries in the Caribbean “where the pension package is far less generous” than in SVG are having a similar discussion.

Gonsalves invited Boucher and his union to take advantage of the presentation that Haynes made.

“And, and then, after having been apprised of the facts, we can have a discussion about the solutions to the challenges,” Gonsalves said.