12% or 220m tonnes of food lost annually in LAC region 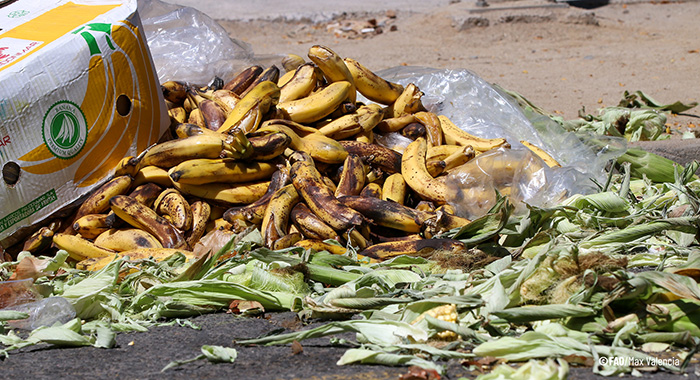 Globally, 14% of food is lost from harvest to retail, and 17% is wasted at the retail and household levels.

This occurs while 828 million people suffer from hunger worldwide. In Latin America and the Caribbean, 11.6% of food is lost, equivalent to 220 million tonnes per year.

“The region has one of the highest costs worldwide to access a healthy diet, exceeding $4 a day. Unfortunately, many of the healthy foods, such as fruits and vegetables that contribute to nutrition, suffer the most lost and waste,” warned Mario Lubetkin, FAO Regional Representative for Latin America and the Caribbean.

He was speaking in Chile on Thursday at an event organized by the Regional Office of the United Nations Organization for Latin America and the Caribbean (FAO), the Inter-American Development Bank, the Ministry of Agriculture of Argentina, and the Parliamentary Front Against Hunger to commemorate International Food Loss and Waste Awareness Day.

The event to shared initiatives and actions to mitigate the impact of this problem on food security in the region.

During the event, participants called for the prioritisation of mechanisms to prevent food loss and waste in Latin America and the Caribbean, a region with high levels of food insecurity and the highest cost of healthy diets.

Lubetkin said collaborative actions must occur between the public and private sectors, science, and people “to contribute to the definition of public policies, regulations, laws, investments, and innovations”.

In 2019, the United Nations Organization declared Sept. 29 as the International Day of Awareness of Food Loss and Waste Awareness to raise consciousness throughout society about the importance of this issue and to advance in the fulfilment of Sustainable Development Goal (SDG) 12 to ensure sustainable consumption and production patterns.

The event was attended by the Undersecretary of Food, Bioeconomy and Regional Development of the Secretariat of Agriculture, Livestock and Fisheries of the Republic of Argentina, Luis Contigini, who emphasised the need to innovate processes and partnerships to generate prevention programs and achieve compliance with the 2030 Agenda.

Jairo Flores, regional coordinator of the Parliamentary Front against Hunger in Latin America and the Caribbean, said that food loss and waste is a responsibility that must be assumed from a political point of view to promote laws and regulations that guarantee people’s right to food.

Germán Sturzenegger, coordinator of the No Waste Platform of the Inter-American Development Bank, emphasized the need to respond urgently and comprehensively to reducing food losses and waste with the participation of governments, the private sector, and consumers.

Other participants in the event were Catalina Suárez, LATAM coordinator of the Global FoodBanking Network; Yamandú Orsí, mayor of Canelones, Uruguay and President of the Intermediate Cities and Agri-Food Systems Network; Francisco Javier Salcedo, general manager of Corabastos, President of FLAMA (Latin American Markets and Supply Association) , and Camilo Moncedo, president of FLAMA.