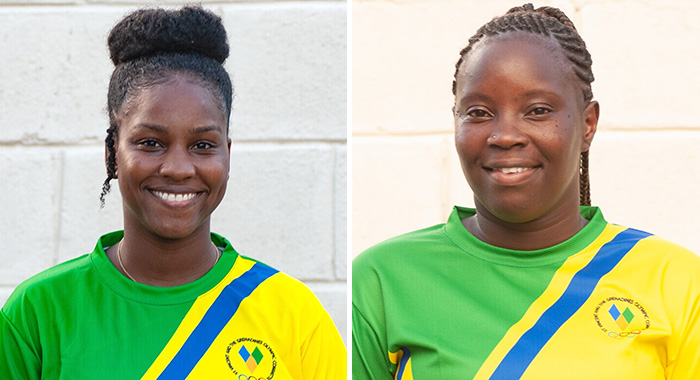 Ruthann Williams and Maryann Frederick have been named captain and vice-captain of the St. Vincent and the Grenadines National Female Netball Team, which is preparing to compete in the Americas Netball World Cup Qualifiers in Jamaica, Oct. 16 – 23.

The team leaders were named after “extensive deliberations amongst executive members to determine who best is fitting for these appointments,” the Netball Association said in a release.

St. Vincent and the Grenadines Netball Association President, Natasha Baptiste said she was pleased with the appointments.

“They will work with the team’s management in bringing out the best in the players, with one goal – which is qualification for the Netball World Cup in South Africa in July 2023,” Baptiste said.

“Serving my country is an honour whether it is at my place of employment or as captain of the national netball team. It is a sport I truly love and will work with all the members of the team and management to make the nation a very proud one,” Williams said.

“I have been playing the game for many years, have represented St. Vincent and the Grenadines many times, and I will use my experience to help the other players play their best so we, on behalf of the country, can qualify for the Netball World Cup in South Africa.”

“The executive notes the hard work which has been put in by the players over the past months under the guidance of Head Coach Godfrey Harry, and ably assisted by Assistant Coach Vasha Adams, with the other members of the training committee making continued valuable contributions,” the release said.

With a few days to go before the team leaves for Jamaica, the expected finetuning of skills sets and strategies will be attended to.

One reply on “Leaders of National Female Netball team announced”