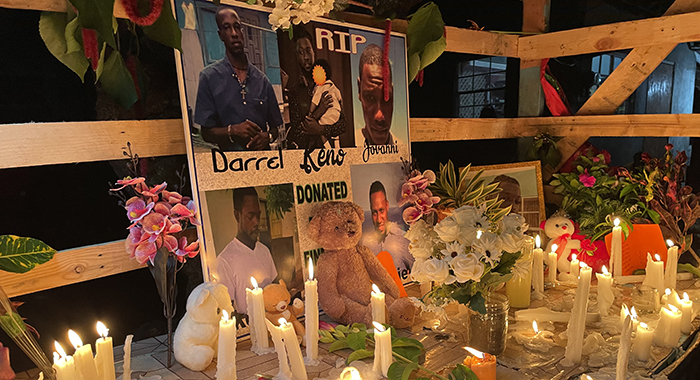 The Traffic Department says that traffic will flow in a circular direction into and out of Clare Valley on Sunday, when the funeral for the five accident victims takes place.

The funeral begins at 9 a.m. at the Clare Valley Government School and will be followed by the burials at the Chauncey Cemetery.

Motorists traveling into Clare Valley will use the Campden Park/Questelles and Philo’s Gas Station routes and then exit at the ULP office in Chauncey.

Due to the limited parking in the area, there will be a shuttle transporting people from the Campden Park Playing Field to the funeral service, police said.

Vehicles will not be allowed to park on the route leading to the funeral service and traffic officers will be stationed in strategic areas to assist in giving directions and ensure a smooth flow of traffic.

Clare Valley residents Giovanni “Durh” Barker, 21; Khalil Robin aka “Keno”, 29; Kenroy “Pressure” Haywood, 29; Elvis “Logie” Harold, 30; and, Ishmael Bruce aka Darrel, 39 died in Sandy Bay on Sept. 11, when the omnibus in which they were travelling overturned.

Motor vehicle H-8190, a green Toyota van, owned and driven by Napata Louis, of Clare Valley, went over an embankment along the Old Sandy Bay Public Road resulting in the men’s death. They were on thier way to a funeral in Owia.

It is the worst vehicular accident in St. Vincent and the Grenadines since Jan. 12, 2015, when seven students from Fancy died when the van in which they were travelling crashed at Rock Gutter on their way to school.