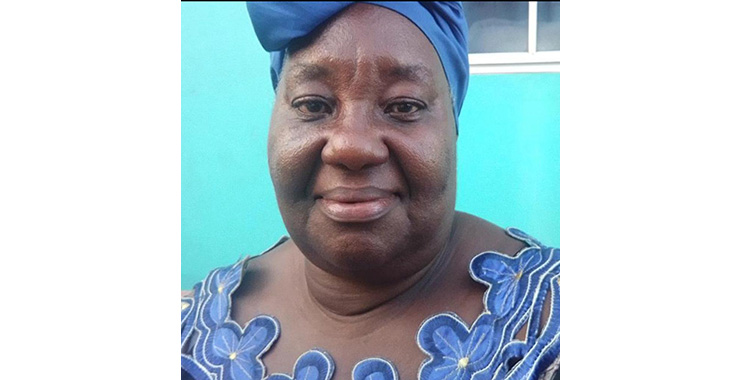 Police are investigating the suspected stabbing death of a Union Island businesswoman whose husband telephoned them, saying she had been stabbed and needed assistance.

An investigation has been launched into the circumstances surrounding the death of Dianna Thomas, 58, of Big Sand, Union Island.

Reports are that Mrs. Thomas lived in Union Island with her estranged husband, a retired customs guard, police said in a press statement on Friday, but did not identify Mrs. Thomas’ husband by name.

On Wednesday, about 9:10 p.m., police on Union Island received a telephone call from Mrs. Thomas’ husband stating that she had received several stab wounds to her body and needed the assistance of the police.

Police officers “immediately responded” and went to the home of the deceased, a police press statement said.

On arrival at the scene, Mrs. Thomas was met “lying on her bed in a pool of blood with what appeared to be multiple stab wounds to the lower parts of her body,” police said.

She was taken to the Nurse Celena Clouden Smart Hospital at Clifton, Union Island for medical attention, where she was later pronounced dead by the district medical officer.

A post-mortem examination is expected to be carried out on the body to ascertain the exact cause of death. Investigations into the matter are ongoing.

Alternatively, people to any police officer with whom they are comfortable.

Thomas’ death marks the 33rd homicide reported in St. Vincent and the Grenadines for 2022.