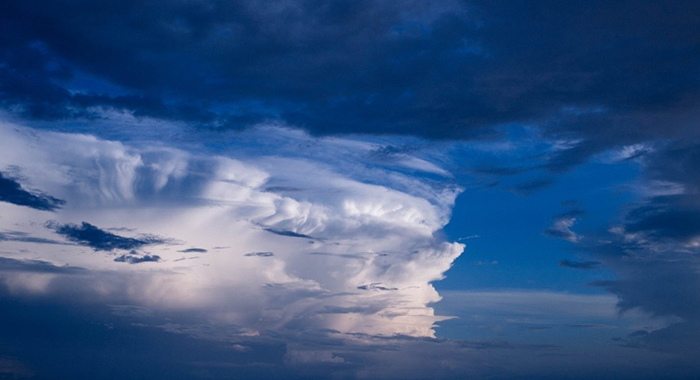 Forecasters say the atmosphere will remain unstable during “the next couple of days”, with occasional scattered moderate showers and a slight chance of isolated thunderstorms activity forecast for Saturday night through Monday.

The chance of showers decreases thereafter, however a tropical wave can be seen approaching the island chain and St. Vincent and the Grenadines should receive some scattered showers from this wave sometime around Tuesday night, the SVG Meteorological Services said on Saturday.

Saturday night is forecast to be generally cloudy with scattered moderate showers and chance of isolated thunderstorms.

Sunday will be partly cloudy with  a few scattered showers, which may to increase as the day progresses into the night.

Scattered showers are forecast to linger around on Monday, with a chance of showers decreasing as Monday progresses into the night.

A few isolated showers are likely during Tuesday,  however the tropical wave should be approaching as the day progresses, increasing the chance of showers.

Winds will blow generally from the east north east (ENE) from 15km/h-30km/h. Seas are forecast to be slight to moderate with swells peaking at 1m on the western coasts and 2m on the eastern coasts.

In addition, there should be no significant haze intrusion during the next three days, the outlook said.