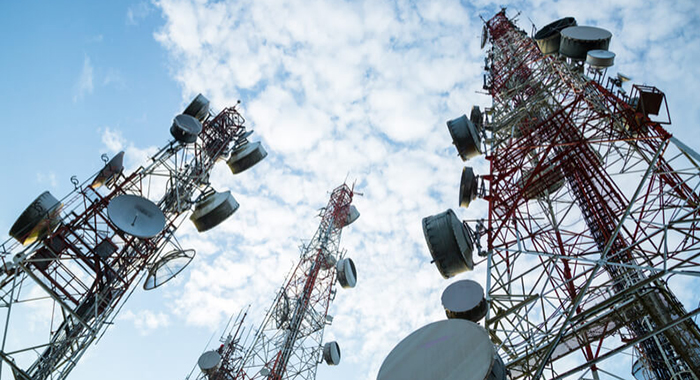 The law will also protect customers from bundling, a practice in which telecommunications companies force consumers to take one or more services in order to obtain the one that they actually want.

In presenting the bill, Minister of Information Camillo Gonsalves told Parliament that lawmakers have heard complaints from people who say that they pay for a particular internet speed, but only get that speed at certain times of the day or when they are close to their router.

Gonsalves said there is another set of complaints related to bundling, where a person who wants cable, might end up having to take the internet, and a cellular phone also in order to get a cable connection.

The minister said that in such a situation, a customer cannot pick different services from different providers.

“And there are ways in which providers have steered you away — that’s the gentlest way I can say that — from buying the things that you want and and guiding you, sometimes twisting your arm to get you to buy a bundle that is anti-competitive in nature, because it excludes your access to the provisions of the other person.”

The minister said a third set of challenges is the telecommunications provider not responding to customers’ queries.

He said that this was the case even after customers provided the information to the National Telecommunications Regulatory Commission.

“In the past, a lot of the complaints that you would get, the response that you would get from the regulator is ‘We’ll try to jawbone them; we’ll talk to them.’ But there was no provision in the act to give them the ability to resolve these matters,” Gonsalves said.

He said there were no provisions in the licences that the  telecommunications providers signed that gave the regulator the ability to threaten to rescind the licence if the provider was not providing the service in accordance with the licence.

“Now, you have those possibilities: to break up bundling — for various component parts to be clearly stated to people, to have a dispute resolution tribunal and to make complaints about your quality of service in a way that is designed to come give you a resolution.”

“And you must offer users and offer online content providers consistent rates no matter what is the content, where it comes from or what app it is coming through.

Gonsalves noted that SVG has two telecommunication providers but they do not compete in every space.

He pointed out that they battle neck-and-neck in the mobile phone sector.

He said there are areas within the communication space where one player is dominant and in some cases has an actual monopoly “and can abuse that monopoly position or that dominant market position, because they are the only game in town”.

“And that person, that entity, could abuse its dominant position in ways that would have bad outcomes, not only for the consumer, but for competition generally and for the development of this space.”

He said the  act  provides for analysis of market power, and special regulations for entities that have dominant market positions.

“So it’s a bit of competition law as well built into the act,” he said, adding that the country needed a modern act, “to deal with the modern challenges and opportunities that we have now.

“And we’re trying to position St. Vincent and the Grenadines in an area where technology and the digital economy can be developmental accelerants. This is not all being done to make you swipe your Instagram feed faster, or post more stories on TikTok,” Gonsalves said.

“This is to establish a reliable electronic communication space that is well regulated by a strong and efficient and reliable regulator. And that positions our legislative framework in such a way that it allows for a more robust set of digital entrepreneurship, more robust competition and facilitates digital transformation not only in the way that the private sector operates, but in the way that the government delivers its services to citizens.”

He said the government saw the previous act as outmoded.

“We waited a very, very, very long time for our brothers and sisters in the ECTEL sub-region to settle on this legislation,” he said, in presenting the bill which received bipartisan approval.