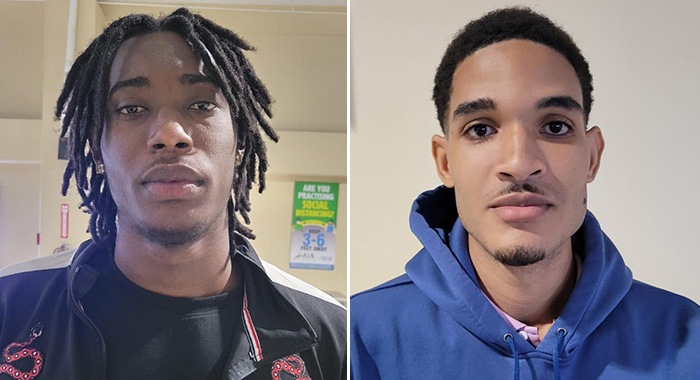 Two Vincentians arrived in Taiwan today (Friday) to take up basketball scholarships sourced by Craiglee Sam, another Vincentian who completed his university education under the same arrangements.

These scholarships are separate and apart from those that Vincentians received as a result of the country’s diplomatic relations with Taiwan.

Sam, along with Cregg Friday, both of Bequia, were the first Vincentians to secure basketball scholarships in Taiwan 13 years ago.

They both graduated from Ming Chuan University with degrees in travel and tourism and Charles and Smith will pursue the same programme at the same university.

Friday now lives in Europe while Sam lives in Taiwan, and is the founder and chief executive of Breakthrough Basketball Academy. He also works as a full-time teacher at Taoyuan American School.

“Every year, I usually contact coaches around Taiwan, seeking scholarships for Vincentian young men and woman to pursue university education, which results in many offers. These offers come with criteria such as height, age, education background and basketball skills. So, sometimes it’s hard to find candidates.”

He suggested that the government of St. Vincent and the Grenadines invest more in basketball, noting that there are opportunities in Taiwan and elsewhere for Vincentian students to obtain basketball scholarships.

Sam said that while this is the case, it seems as if the level of basketball in the country has declined over the last two decades.

He also suggested that Taiwan’s Ministry of Foreign Affairs consider granting athletic scholarships, especially to allied countries such as SVG.

Our information is that the men’s families had challenges coming up with the funds to pay for their flight.

The Ministry of Sports was approached and promised to look into their cases but no governmental assistance materialised.

They have been attending their classes online in the interim.

Austin Derrick went to Taiwan in 2017 and graduated from the same university and plays professionally for Taichung Suns.