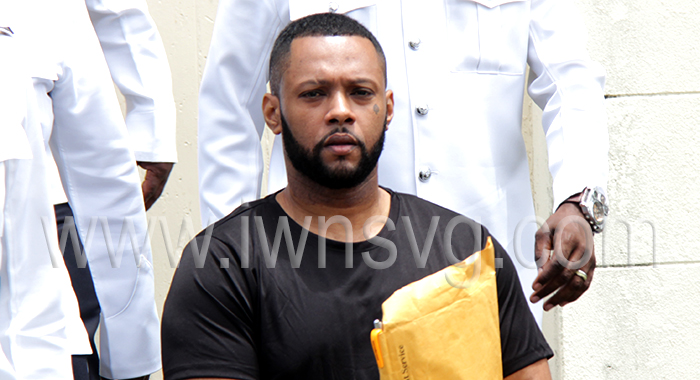 The sentencing of murderer Veron Primus, 35, has been postponed for a second time because his lawyer is still receiving medical attention overseas.

Primus was convicted on June 14 of the November 2015 murder of real estate agent Sharleen Greaves, 33, of Calliaqua.

His sentencing was initially scheduled for Sept. 21, after his lawyer, Michael Wyllie, told High Court judge, Justice Brian Cottle, that he was travelling overseas for medical attention.

However, on Sept. 21, Wyllie was absent, as he was still receiving medical attention overseas.

Further, the court had not received the sentencing submission from neither the Crown nor defence.

Justice Cottle then adjourned the sentence to Monday, at the High Court No.1  in Kingstown, even as he said he had “very little hope” that the matter would be further along by then.

On Monday, when the matter was called, Crown Counsel Kaylia Toney said that sentencing submissions were since filed.

Counsel Grant Connell, who was standing in for Wyllie, told the court that Wyllie was overseas seeking medical attention and should be back in December.

The court also learned the other defence lawyer, Vynnette Frederick, was also unwell.

The judge said he was disappointed that the matter could not be concluded on Monday and went on to voice concerns, adding that he will speak more when the case is disposed of.

“It was difficult for me, as judicial officer — and I depend on both counsel, both for the Crown and for accused persons to be consistent with their duties as officers of the court to offer assistance to the court.

“And I don’t think at this trial, it received the level of assistance that the court has come to expect from practitioners.”

Justice Cottle said he was  disappointed that, “from the correspondence and medical certificates attached”, he could not conclude the matter.

The judge said the correspondence from Wyllie explaining his absence at Monday’s sitting was dated Nov. 4.

He said the correspondence was at “the 11th hour, and doesn’t fill me with the confidence that there was a concerted effort in the interim”.

The judge said that the lawyer has information that he is yet to present to the court, adding that the  medical certificate did not reveal a good reason why Wyllie could not pay attention to the matter in the  months since August.

“To comfortably say right now ‘I’ll see you in December’, really is not the way that I will expect, and of course, by providing no assistance to the court, I have to constantly remind myself that it is not counsel on trial but the accused.

“Despite that, I think the way counsel had conducted this matter should not in any way disadvantage counsel’s client. I will have more to say when this matter is concluded.”

Connell suggested a Zoom meeting to have the matter heard.

“The court would be happy to use available technology,” Justice Cottle said, but reminded Connell that the “complaint is that the counsel is not well”.

Cottle told Primus that the court needed certain information from Wyllie, which the lawyer had not provided nor indicated when the information would be made available.

“As a result, the matter would not be able to proceed,” Justice Cottle said.

Primus told the court that he understood the reason for another adjournment.

The judge said he hopes Frederick would recover and be available for Nov. 21, the date of the next hearing in the matter.

One reply on “Sentencing of murderer Veron Primus adjourned — again ”