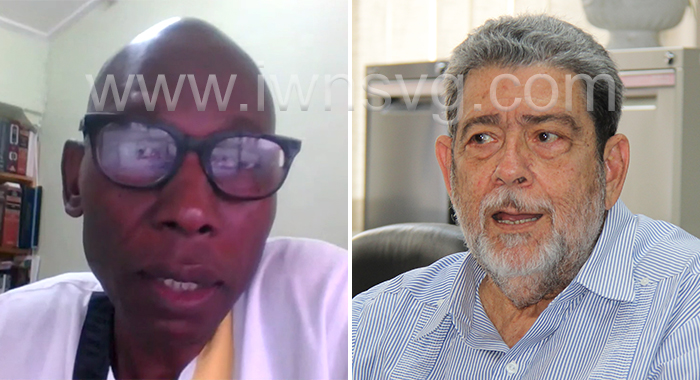 Lawyer and social commentator Jomo Thomas has weighed in on Prime Minister Ralph Gonsalves’ statement on Thursday that lawyers parking in the yard of the High Court building is a security issue.

Gonsalves, speaking at the opening of the Uptown Vegetable Market, said that vendors have accused him of being unfair.

“How it could be fair that you got lawyers and all kinds of people going in the courthouse yard every morning getting free parking for the whole day and when parliamentarians going in there for meeting of Parliament, you have a lawyer will go and tell a parliamentarian, ‘You can’t park there, is lawyer so and so that is his space’?” Gonsalves said.

“Lawyer so and so is his space? Well, I have notice for all ah you. The only people who are going to be parked inside there are people who are working in the courthouse; not lawyers. Find your own parking space,” Gonsalves said.

“I shutting you out from there. You want fairness? I giving you fairness.”

He said he was meeting with the Registrar of the High Court later on Thursday.

“And I’m going to give all the instructions in relation to that and we set a timetable. But I’m given public notice. You see, they have disorder inside ah the court yard. It’s a security issue. We have to fix that too. All of this thing must be done properly, and orderly and fairly and with equity. No question about it.”

However, Thomas, a former senator and speaker of the House of Assembly, writing on Facebook, noted that hundreds of people park for free in Kingstown every day.

“Lawyers denied parking in the courtyard can now park across the street at no cost,” Thomas noted.

“With this silly announcement, our PM displays yet again that the emperor has no clothes,” said Thomas, who ran as a candidate for Gonsalves’ Unity Labour Party in 2015.

“Gonsalves needs to stop Jack a**ing himself,” said Thomas, who had always been critical of the ULP administration even when he publicly supported the party.