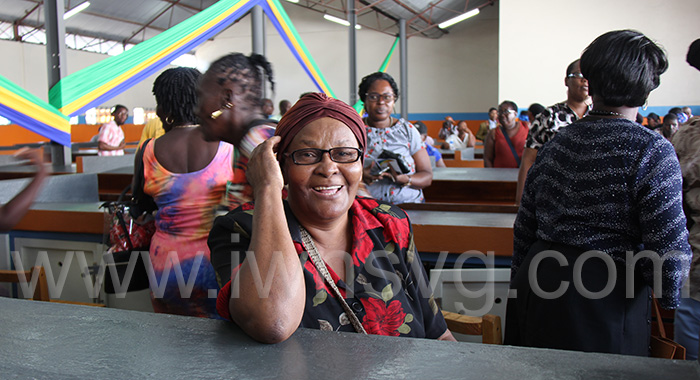 The government will over the next two weeks remove about 800 vendors from the streets of Kingstown, including some who sell daily, on weekends and occasionally.

“…  by the 29th of November 2022, all the streets will be cleared of informal street vending,” Prime Minister Ralph Gonsalves said on Thursday at the opening of the Uptown Vegetable Market.

Gonsalves said that market, as well as the Downtown Vegetable Market — both of which were opened in renovated/repurposed facilities — as well as the Central Market will be opened to hold all 389 registered vendors who sell daily.

Ninety-nine of those vendors will be housed at the Uptown Vegetable Market.

“Some of those vendors though, who have outgrown the market and operating what can only be deemed supermarket equivalents on the streets, the Kingstown Board will continue discussions with these persons to arrive at the best solution,” the prime minister said.

“There are some people who are completely unreasonable. How you could put on the street a mobile supermarket?” the prime minister said, adding that some of these people are actually runners for the owners of shops and stores.

“Sometimes, when I talk to some of the fellas with shops and stores, I say, ‘How y’all can do that?’ They say, ‘Well, Comrade, if you’re can’t beat them, you have to join them. Well, we have to put the thing in some proper order.”

He said the Kingstown Board will have a discussion with those persons to determine the best solution.

“We don’t want to take bread from you, but we have to do it properly,” the prime minister said.

He said the government is continuing to work on finding a suitable alternative to accommodate the clothing vendors who operate along Middle Street.

“The terraces, or the wings, at the Central Market are being considered to put those persons and until such time, registered persons will continue to operate on one side only in the area from the back of the [Central] Police Station to Edwin D. Layne and Sons’ building…

“You can’t occupy both sides so that people can’t drive our walk. That cannot be reasonable.”

He said that vendors who sell items such as coconut water, fruits, phone cards, newspapers, local snacks (sugar cake, tamarind balls, fudge, etc.) will be placed at strategic locations throughout the town and will be permitted to sell only approved items.

“Additional spaces will also be set up at different locations within the town board as temporary flea markets to accommodate weekend vendors,” Gonsalves said, adding that these spaces will become available on a first-come, first-serve basis.

“In all these cases, the Kingstown Board will provide the necessary rules and regulations under which the persons would operate and will enforce strict monitoring measures.”

He said that the vendors who have been moved from in front of the PH Veira complex on Lower Bay Street cannot continue to sell in the street.

“I’m telling you; you will be moved. You can’t block the street,” the prime minister said.

“You can’t put your structures in the road and expect people to drive around you. No. It cannot happen. We have to have order in order to develop our country.”

He said that vendors from uptown — meaning from Hillsborough, Halifax, Granby, Bonadie, Sharpes, Upper Bay, and James streets, as well as White Chapel and Upper Long Lane, will be relocated to the Uptown Vegetable Market.

The Down Town area — the old meat market and the vegetable market, which has been renovated – will house 182 stalls.