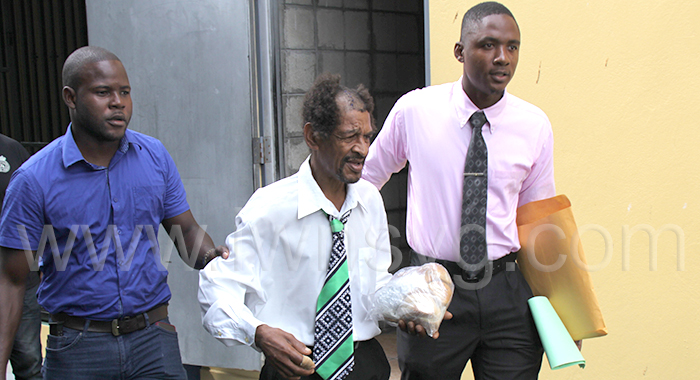 Glenroy Primus, a 60-year-old farmer of Mt Pleasant, Mesopotamia, has been charged with murder in connection with the Nov. 16 death of Hilton Thomas, a 66-year-old farmer, of the same address.

Primus is alleged to have murdered Thomas by chopping him about his body with a cutlass.

The accused was taken to the Serious Offences Court, on Wednesday, after being released from hospital as a result of injuries he allegedly sustained during the incident in which Thomas was killed.

He was not required to plead to the indictable charge and Chief Magistrate Rechanne Browne, who set Jan. 30, 2023 as the date for a preliminary inquiry.