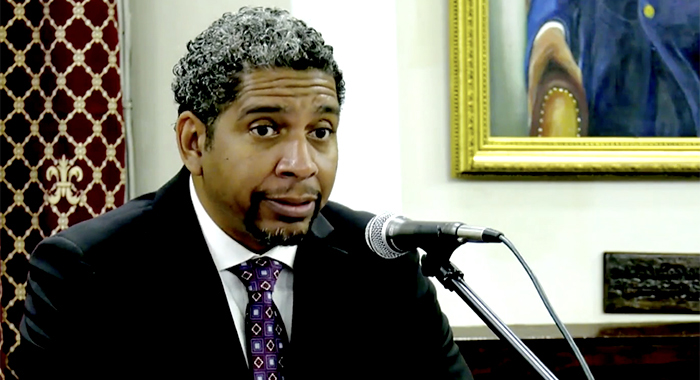 The government says that it plans to settle pension reform this year, and, therefore, will “deepen and intensify” consultations in the coming months.

“This year, we intend to settle on the package of necessary reforms and to implement them in the interests of the sustainability of our vital pension system,” Minister of Finance, Camillo Gonsalves said in his Budget Address.

“Accordingly, the government will establish a pension reform committee to lead the public consultations, technical and legal analysis and implementation programs to reform the public sector pension system,” he told lawmakers.

The management of the 36-year-old National Insurance Services (NIS) says reforms are needed by 2024 to avoid “draconian changes” such as doubling contribution rates to 20%.

Currently, employees contribute 4.5% and the employer 5.5%.

However, the reforms will also consider the government pension, which is funded totally by the public purse, with no contribution by the employee.

The finance minister told the Parliament that the reform options, as suggested by the external actuary, Life Works Bahamas, are being outlined to stakeholders.

One set relates to improving financial sustainability. Under this, the options are: increasing the contribution rate; increasing the wage ceiling from $4,300 per month; reducing the maximum percentage for age pension from 60%; reducing the annual pension entitlement from 2% for each year of service for the first 15 years and 1% per year of service each year thereafter; increasing the period for reference wages used to compute pensions from the best five years; increasing the early retirement reduction factor from 6%; and, accelerating the time within which the normal pensionable age is 65 years from 2028 when it’s now scheduled to an earlier year.

They also recommend bolstering the adequacy of benefits by increasing minimum pensions, increasing pensions in pay by some percentage points below inflation and introducing unemployment insurance coverage.

Gonsalves said the NIS entered 2021 and 2022 as a matured, generously-designed and low-finance plan in need of urgent reform.

He said the situation was confirmed by the 11th actuarial report of the National Insurance Fund.

The report stated that the fund is not sustainable in the medium and long term if there are no changes to the benefit provisions and contribution rates.

“Unfortunately, the multi-pronged challenges of 2021 and the harsh global economic headwinds of 2022 prevented any further parametric changes to the plan in 2021 and 2022,” the finance minister told Parliament.

“The same economic environment that forced a delay in reforms also compounded financial and actuarial challenges for the fund, making the need for reform all the more urgent against this backdrop,” he said.

The NIS began its social dialogue and stakeholder consultation on the issue of pension reform. This consultation process has been inclusive, open and transparent.

“The government and the NIS are seeking the widest possible stakeholder buy-in and support to place the NIS on more sustainable financial and actuarial footing whilst ensuring dignified benefits are paid to beneficiaries.”

Gonsalves said the NIS is engaging stakeholders transparently on possible reform options, to guide policymakers on measures to ensure “an affordable, and adequate social protection system that reflects our value system, responds to changing socio-economic conditions and satisfies the needs of customers.

The NIS is compiling the public’s ideas, opinions and thoughts through their consultations to complement the reform package to be submitted to the cabinet for consideration.”

Gonsalves said that complementing the administrative functions relating to reforming the fund, the NIS plans to embark on other operational and strategic initiatives around improving financial sustainability, coverage, adequacy, corporate governance, and administrative efficiency.

These activities include strengthening revenue mobilisation measures for the collection of contributions and arrears, including through judicial processes.

The NIS will seek to extend social security coverage to the informal sector and self-employed workers who remain vulnerable due to a lack of proper social protection coverage.

It will fortify the investment management function to preserve capital and improve financing income.

The NIS will also seek to advance the digital transformation programme to ensure a robust system of social security delivery, cost optimisation, and operational efficiency.

“Individually, the systems are judged to be generous by design,” he said, adding that the NIS has a front-loaded benefit arrangement, a maximum replacement rate of 60% and a low contribution rate of 10%.

He said the contribution rate is one of the lowest in our region, where the average is approaching 13%.

At the same time, under the public sector pension system, the maximum pension is 67% even as the pensions are wholly funded by the government through the consolidated fund.

“Collectively, both systems run parallel. There is no integration between the design of the NIS system and the public system,” he said.

As a result, public sector servants who are covered under both systems can potentially receive the maximum combined replacement rate of 127% of their salary.

“It is simply not sustainable to pay someone more money in retirement than they made while they were working,” Gonsalves said.

He said the options for “serious discussion” include closing the public sector pension system to new entrants, and reducing the accrual rate from 1.6% to 1%.

The government will also consider introducing a mandatory contribution rate for employees as a percentage of salary, aligning the retirement age of civil servants with the NIS retirement age or limiting the maximum replacement rate from 127% to about 85% by considering a top mechanism on the NIS pensions.

To illustrate, he said that if the NIS is 60%, the government could then top this up to 80% of the pensioner’s salary.

“This is in line with best practices and is similar in design to the private sector employers…,” he said.