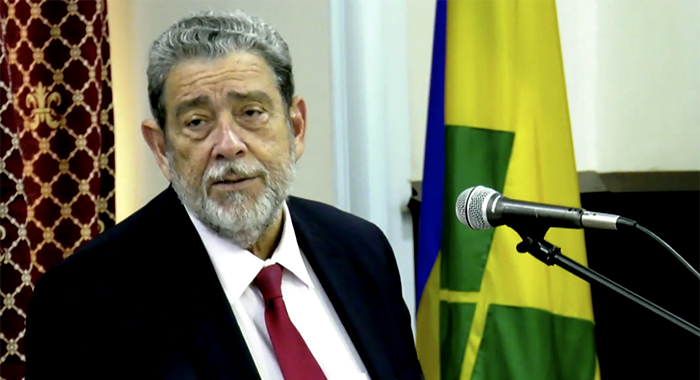 Prime Minister Ralph Gonsalves says pension reform should not be used as a political weapon against his government.

The National Insurance Services (NIS), the nation’s social security agency, says reform is crucial for its survival and these changes must take place by 2024, to avert “draconian” measures, such as increasing contribution rates from 10 to 20%.

“A matter like this is not supposed to be involved in petty politicking and seeing if you can use something as a stick to beat the government when the government has handled, the NIS with the NIS board, the matter quite well,” he said during the budget debate.

“And we are dealing with this matter in a way, the employers, the employees, understand what is happening,” the prime minister told lawmakers.

He said some people have no interest in understanding the issues affecting NIS. “There are those who are just interested in pure propaganda.”

Pension reform was among the victims of the political unrest triggered by what Gonsalves’ then opposition Unity Labour Party (ULP) had deemed the “Greedy Bill’ when the current opposition, the New Democratic Party (NDP), was in office in 2000.

“So they kick the can down the road,” the prime minister said as he debated the 2023 fiscal package.

“So, I have to look around the corner and we have to take decisive action in the interest of the people.”

He noted that the NIS makes money from contributions by workers and their employers and investments, adding that the law provides for a reserve fund to be put in place.

“What has happened, when the NIS was a young entity, it was able to pay all its benefits out of contributions,” the prime minister said.

He pointed out that in 2001, the contribution income, though small compared to current levels, was able to cover the number of pensioners, which was also small, as the system was not yet mature.

“And because the design of the system was very generous, as more persons became eligible for pensions, … they had to go from the contributions to dip into investment monies,” Gonsalves said, noting that there are currently 9,363 NIS pensioners.

“… but last year they had to go into reserves because the investment monies were not enough because there were deficits on some investments,” he said.

He said the fastest-growing segment of the Vincentian population is the over-60 group, increasing at the rate of in excess of 30%.

“If they had kept it at 10 all the years, you’d have built up more reserves,” the prime minister told Parliament.

He said the system is now at a point where reforms are needed to sustain the core benefits.

The prime minister said the reform options are:

increase the wage ceilings from $4,333 per month;

reduce the maximum percentage for each pension from 60%;

reduce the annual pension entitlement from 2% for each year of service for the first 15 years and 1% for your service each year thereafter — each year after the first 15;

increase the period for reference wages used to compute pensions from the best five years;

increase the early retirement reduction factor from 6%, accelerate the time to which the normal pensionable age is 65 from 2028 to an earlier period;

“And if we do these things, if we’re increasing the extent of the contributions, we will have to increase the minimum pension still and we will have to introduce some unemployment coverage. So, if we’re going to ask people to pay a little more, we widen the range of benefits.”