Proposed changes to BLA board election rules could generate friction 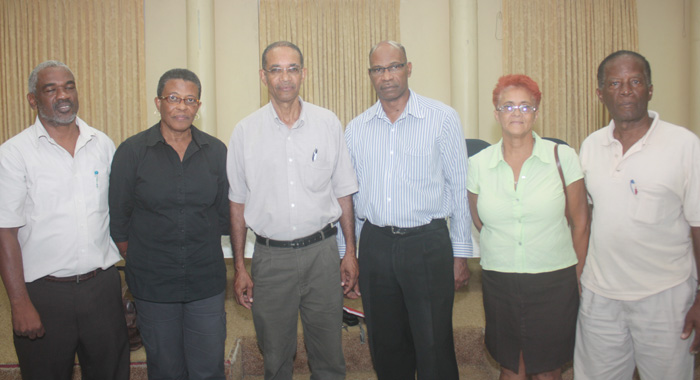 The Building & Loan Association Shareholders Committee will host a member of members of the association on Thursday. (IWN file photo)

A proposal that could see only persons with training in finance becoming board members of the Building & Loan Association (BLA) is expected to generate some discussion at a meeting on Thursday.

The Financial Services Authority (FSA), which has been managing the BLA since February, announced the proposal at a meeting of BLA shareholders last week.

But the BLA Shareholders Committee, which has been partnering with the FSA to restructure the financially troubled building society, is expected to meet with BLA members to discuss the proposal on Thursday.

The Shareholders Committee says that Thursday meeting — at 5 p.m. at Frenches House in Kingstown — “will be to bring to the attention of members for discussion matters pertinent to their membership”.

The committee says the agenda comprises:

1. Update members on new elections procedures proposed by the FSA

2. New Board selection and tenure rules as proposed by FSA

3. The non-payment of interest currently due.

The committee has been mum about its reaction to the proposed changes to the election procedures.

The saying that speaking about it will pre-empt the position they plan to outline at Thursday’s gathering.

But the proposals generated some discussion at the FSA’s meeting with shareholders last week.

“This person is a member of the association for 25 years. Is in good standing, why cannot that person be elected to the board of director? She is not an accountant –” the physician was saying when Bollers told him she did not quite understand.

“… what are looking at with respect to board of directors is persons whom we can trust to be able to have a certain background in terms of qualification,” Bollers further said among even more cross talk.

She noted that in the past, the members of the BLA elected the board of director, which in turn appointed a CEO.

“So those functions are very important, obviously,” Bollers said.

“The members, for examples, have the opportunity to be present at annual general meetings and make representations. They have the responsibility to elect those directors.

“Now, if you feel comfortable, for instance in putting persons with no financial background, with no accounting background, no legal background or no any sort of business experience, as director… of the Building and Loan Association, then, it is entirely a matter for you,” Bollers said.

But a state-employed economist, speaking after Bollers, said:

“There is a lot of sense made in the point made by [the doctor] because you can’t determine that someone has not financial experience because they have no financial degree.”