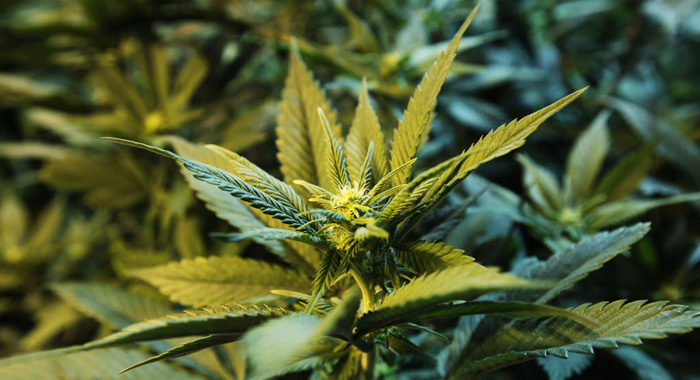 Prime Minister Dr. Ralph Gonsalves is calling for a discussion within CARICOM on medical marijuana.

Gonsalves on Sept. 2 wrote to Chair of CARICOM and Prime Minister of Trinidad and Tobago, Kamla Persad-Bissessar, asking for preliminary talks on the subject at next Tuesday’s meeting of “the Bureau of CARICOM Heads”.

He noted the recent debate in Jamaica and other CARICOM countries about the possibilities of medical marijuana as an economic and commercial industry.

He further said that influential persons, such as Jamaican chemist and cancer researcher, Dr. Henry Lowe, have been speaking in favour of the legitimate utilisation of marijuana products for a range of medical/health purposes.

“I think that it is high time that CARICOM address, regionally, this matter in a sensible, focussed, non-hysterical manner,” Gonsalves said.

“After all, the marijuana plant has a bundle of proven, and potentially, beneficial uses,” he said even as he noted that the cultivation, possession and supply of marijuana “have impacted on our people’s health, welfare and security”.

Gonsalves is calling for a CARICOM-led debate in the context of the legalisation of marijuana in 20 states in the United States.

“The USA is already miles ahead of all other countries, globally, in medical marijuana,” he said.

He added that the United States already has a huge industry with legitimate cultivation, research, production, and distribution of pharmaceutical and cosmetic products.

“The longer we wait to give serious regional consideration to this subject, the further behind we will lag in the inevitable legitimisation of medical marijuana globally,” he further stated.

“In the end, our Caribbean would consume the medical/health, cosmetic, and other products derived from marijuana, legally grown and produced in the USA.”

Gonsalves spoke of the wider debate on the overall policy on marijuana in which the political and civic leadership in CARICOM member states ought to be urgently engaged.

He said that while the Organisation of American States, of which CARICOM makes up almost half, seeks to break new exploratory ground in alternative policy perspective, CARICOM continues to emphasise the security, and penal and penal dimensions of marijuana misuse and abuse rather than the educational and health aspects.

Gonsalves said that the call more than a decade ago by Prime Minister of St. Lucia, Dr. Kenny Anthony, for a CARICOM Commission on Marijuana “fell on deaf ears”.

“Perhaps this initiative ought to be elaborated and accorded further reflection, without prejudice to my own request on medical marijuana,” he said.

“The general public, including a huge swath of our thoughtful young people, are broadly disappointed with the failure and/or refusal of the political and civic leadership in CARICOM to jettison its unnecessary caution and lethargy in addressing some of the controversial, contemporary issues of real import,” Gonsalves said.

“We must not be afraid in putting them under the searching light of informed discussion, on the front-burner, with visible political leadership,” he further stated.