CEO of LIAT resigns after one year on the job 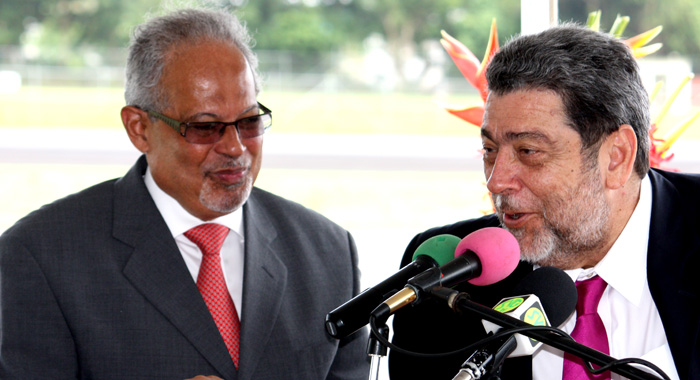 Chief Executive Officer of LIAT, Ian Brunton, has tendered his resignation, after just over a year at the helm of the cash-strapped regional carrier.

“He has tendered his resignation. Under his contract, I have been advised, that he has to give three months’ notice. Naturally, the board of directors will respond to say whether they are accepting it or whether they are saying OK. But that is the factual situation,” Gonsalves said.

Gonsalves is chair of LIAT’s shareholder governments, which also comprise Antigua and Barbuda, Barbados, and, to a lesser extent, Dominica.

“I haven’t spoken to him. I have spoken to my director, that is St. Vincent and the Grenadines’ director, Mr. Isaac Solomon who is a very distinguished former public servant and now banker. He has given me his own opinion but it wouldn’t be proper for me to share it.”

Brunton resignation comes as poor implementation of LIAT’s re-fleeting exercise over the past few weeks have wiped off any profits that the airline hoped to make over the summer period — one of its busiest.

The implementation of the fleeting exercise also saw a number of flight cancelled and major delays as pilots trained to fly the airlines new ATR aircraft could no longer fly the Dash-8 — the majority of the planes.

LIAT’s fourth ATR arrived in the region on Sunday.

Asked about the implications of the resignation for LIAT, Gonsalves said, “Nobody is indispensable.”

But he agreed that the resignation comes as a crucial time for LIAT, which late last year unveiled a plan that Brunton said would have taken the airline into the black.

“In my view, on the large strategic issue of wanting the re-fleeting, he has been focused but everybody has to be accountable,” Gonsalves said of Brunton.

Brunton came to LIAT from its competitor — Trinidad and Tobago owned Caribbean Airlines.

He has over 50 years’ experience as a pilot and was appointed CEO of CAL in 2009.

He was dismissed in 2010 following a “verbal disagreement” between the airline’s then chairman and line minister, respectively.