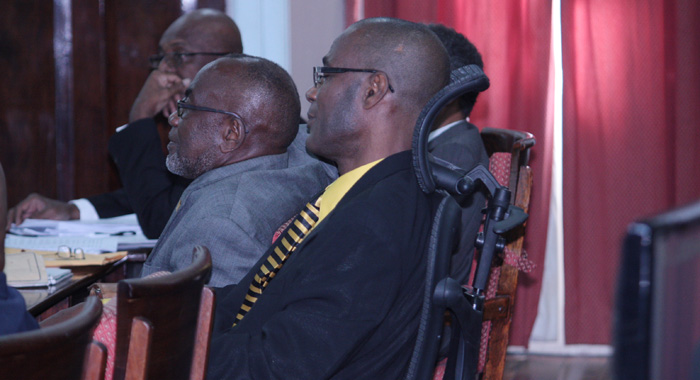 Cummings has been using a “special chair” in Parliament. (IWN file photo)

Member of Parliament for West Kingstown, Daniel Cummings, had the use in Parliament last Tuesday of the “special chair” that he says his doctor recommended for a back injury.

Cummings has said that his back was injured when he and other Opposition lawmakers where physically removed from Parliament in 2011.

Procuring the chair has been the source of some contention in Parliament, including the Speaker, Hendrick Alexander, refusing to provide one for the Opposition lawmaker.

The chair was purchased by Cummings’ constituents in August. However, Cummings did not have the use of the chair until the meeting of Parliament last week.

He was asked to leave Parliament in August after disrupting the proceeding, as he demanded that the chair be brought in.