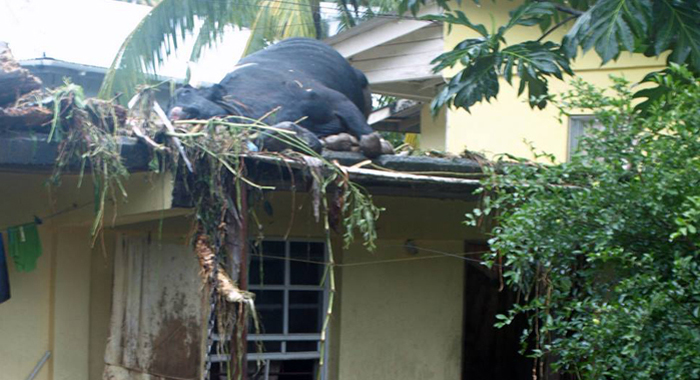 The carcass of this cattle was distributed, presumably for human consumptions.(Photo: Ovid Burke)

The Ministry of Health, Wellness and the Environment advises all citizens to exercise sound judgment when purchasing and consuming meats and other foods during this particular period.

Luis de |Shong, permanent secretary, in the Ministry of Health, Wellness and the Environment said in a release on Sunday that seasoning or heat cannot and will not reverse the spoilage process of meats and other foods.

“Tainted foods in all forms are unacceptable,” de Shong said.

“Butchers are advised that all meat harvested under unsanitary conditions will be deemed unfit for human consumption and will be seized and condemned.

The Public Health Department has developed new guidelines for backyard slaughtering. In this regard, all persons involved in the production and harvesting of meat from animals will either be contacted by the Department or are invited to immediately establish contact with Environmental Health Officers to be updated on the new requirements,” de Shong further said.

Several animals died or were injured during the passage of the low-level trough system on Tuesday that has resulted in the death of nine persons, while four remain missing.

Some residents of some areas where animal carcasses were deposited have cut them up, presumably for their consumption.