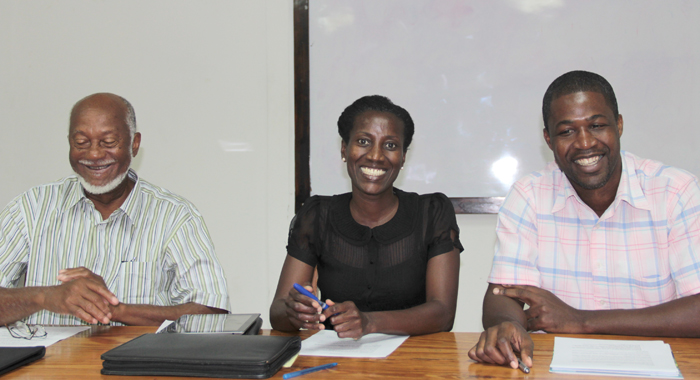 The non-partisan socio-political group, the People’s Movement for Change (PMC) has declared 2014 the “Year of the Nation”.

The organization, which has been dormant for the past 18 months or so in its public activity, said it was in a “self-critical dormancy”.

“An usually event has broken and hurt the nation deeply and it is an opportunity for us to come together in healing and in constructing a process of recovery,” PMC chairman, Oscar Allen, said at a press conference on Wednesday.

He was referring to the Christmas trough system, which has left nine persons dead, three missing and extensive damage to housing, public infrastructure, and agriculture.

“Our solidary as a nation and particularly the hurting people can both hasten and ensure equitableness in the recovery,” Allen said.

“It might well come to mind to ask where has the PMC been in these past months and in 2013? In truth, we have been dormant in our public activity, but not in our scrutiny and assessment of our country. And, in fact, one of the focuses we have this year is for youth, who suffer tremendously and silently in our land,” Allen said.

Asked to elaborate on the meaning of “Year of the Nation”, Allen said:

“When PMC declares 2014 to be the Year of the Nation, we, in our considered opinion, feel that the past year and the past years, the nation has been pilloried on the tendency to party and partisan division. We want in the Year of the Nation to look at that and to put a halt to it and to build consensus on important matters in St. Vincent and the Grenadines, bring people together on that,” Allen said.

“Beyond that, we think there are vulnerable communities in the nation that nobody seems to recognize and the nation cannot progress as long as these communities remain underprivileged.

“We want to bring them to the fore … This Year of the Nation is a call to go beyond partisan affiliation and beyond business as usual, which disprivileges many people. And, of course, the current issue before us is relief and reconstruction of the nation,” Allen said.