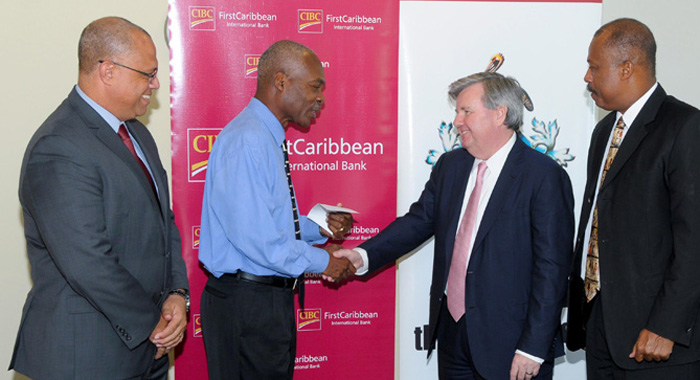 During the recent signing of a fourth Memorandum of Understanding (MOU) between CIBC FirstCaribbean and the University of the West Indies, the bank also announced that it was funding the Caribbean Icons Project, a series of educational 15-20 minute DVDs, the brainchild of Wayne Charles-Soverall, a lecturer in public sector management at UWI, Cave Hill.

Soverall conceptualized the project after discussions with his colleague, Wendy Grenade, which revealed that some of her students did not know who legendary Trinidadian calypsonian, Chalkdust, was. As a result Soverall has embarked upon a project to chronicle the lives and stories of Caribbean icons across several spheres of endeavour including academia, entrepreneurship, culture, sports, music, and politics, and then use the resource created as a teaching tool.

“The idea is to have an interactive and innovative digital media resource for students across the Caribbean at university and secondary school levels which mirror people from their own communities and societies,” Soverall explained.

He added: “I hope the project will help students to appreciate what’s Caribbean as well as emphasise the realisation that we need to tell our stories, demonstrating that we aren’t just consumers, but also producers.” The first in the series of DVDs will showcase Caribbean entrepreneurs.

In thanking the bank, the UWI lecturer described the support received as “great”. He added that he believed the project would have resonated deeply with the bank because of its own Corporate Social Responsibility programme, Unsung Heroes, which recognized persons, many of them pioneers within their communities, for developing and implementing causes to quietly transform their communities and positively impact lives. The community outreach programme came to an end in 2013 after 10 years.

After making a presentation to Soverall, Chief Executive Officer of CIBC FirstCaribbean and Chairman of the ComTrust Foundation, Rik Parkhill, said the bank saw the value and importance of the project and decided to fund it as an adjunct to its partnership with UWI through the MOU. “Unsung Heroes was a unique way of strengthening the communities in which the Bank served and we believe that the Caribbean Icons Project has the capacity to assist in strengthening the notion of Caribbean identity and achievement. We are pleased to support Dr. Soverall in his efforts and wish him every success with the project.”

The bank’s long-standing partnership with UWI was renewed for another three years this month. Through the MOU CIBC FirstCaribbean and UWI will collaborate across four areas: the advancement of knowledge and understanding of issues affecting business, trade and financial services in the Caribbean context; the support and development of UWI students from around the region; the enhancement of research in banking and finance at UWI; and the joint pursuit of mutually beneficial business and corporate image initiatives.