All passports issued to SVG can be accounted for — immigration chief 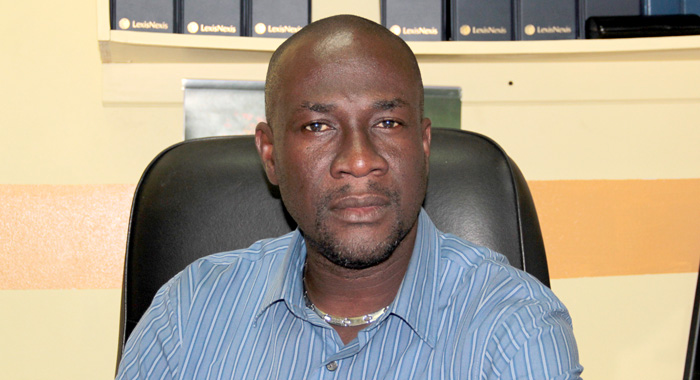 Chief Immigration Officer, Stanford Hamilton, says it is not possible for one person to run a passport racket, as had been suggested in the aftermath of the recall of former deputy consul general Edson Augustus.

“From the passport Office, I am not aware that there is any issues, period, where passports are being sold to anyone who is not a citizens of St. Vincent and the Grenadines, because, of course, you have to pay for the passport when you get it; but outside of the regular procedure, I can’t say that there is any issue where passports are being sold,” he told I-Witness News in an interview on Thursday.

“This is the only place that deals with passports and I can assure you that all of the passports that are issued to St. Vincent and the Grenadines can be accounted for,” Hamilton further said in the interview at his office in Kingstown.

He told I-Witness News that there are about six different processes, including an examination by the Ministry of National Security, before a passport is issued.

“It is not possible, from my view, for one individual to run such a racket. From time to time, we hear of such allegations, but allegations are what they are.

“For those of us who are aware and who know the system, must recognize that the system is not that easily penetrated,” Hamilton, a career law enforcement agent who once headed the Special Branch, told I-Witness News.

He said that in 2005, in keeping with the recommendation of the International Civil Aviation Organization, the government reduced the issuing sites for passport, to one — St. Vincent.

Previously, there were also issuing sites in the United Kingdom, Canada, and the United States.

Hamilton said that Vincentians in Canada, the United Kingdom and the United States who wish to renew their passports have to submit the old passport, their birth certificate, an application form, any other documents relating to the individual that the immigration may require — such as marriage certificates, deed polls, affidavit, and the requisite fee.

He said the documents are then shipped to St. Vincent, where they are entered into the system and checked against the old and new passport systems.

If there is an issue regarding the application, for instance, if it comes without a birth certificate, it I immediately put on hold and the consulate is informed about the query and asked to have the person submit the requisite document.

If all the documents are in order, the application moves through the system, accordingly.

“You have about six processes before the supervisor actually reviews and agrees that everything is in order relating to the application. The passport is then printed,” Hamilton told I-Witness News.

The printed passports are examined by the Ministry of National Security and then sent back to the passport office for shipment, Hamilton told I-Witness News.

He said there is a lot of ignorance regarding who is entitled to hold a Vincentian passport.

“… citizenship is not only for persons born in St. Vincent. The law provides that if you marry a Vincentian that you have an entitlement. … unless you come with that understanding, you will always believe that nobody else should hold a passport,” he said.

Hamilton said that the Ministry of National Security continues to look for way to strengthen its security capacity.

He said that the e-passport, to be introduced here soon, would be even more secure, since it will contain a chip that contains the holder’s biodata.

“There are much more integrated issues which I can’t go into but basically that’s what it is. The chip is able to be read by another other border security and the information that is placed there in relation to your bio data can be seen and so on, but it cannot be changed. So the passport becomes extremely modernised and full, in terms of security.”

Hamilton further said that he was not aware of persons collecting more than the gazetted fee for processing a passport.

The gazette fees for processing a passport, based on the point of application, are: EC$80 in St. Vincent, 40 pounds in the United Kingdom, US$80 in the United States, and $75 Canadian Dollars in Canada.