Trinidadian pastor lobbied for Augustus’ appointment as a diplomat (+Video) 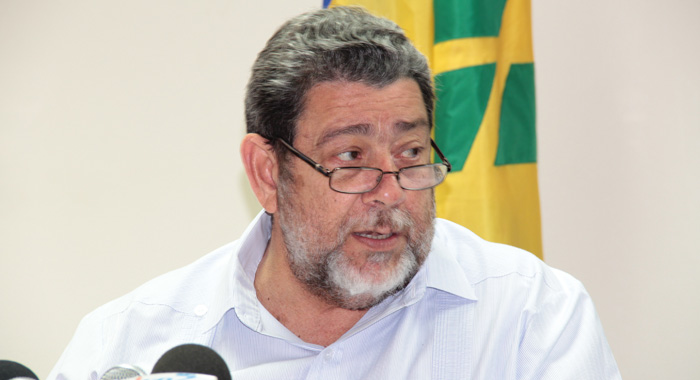 More information has emerged about how Edson Augustus became a diplomat in May 2011, three months after he resigned as a Seventh Day Adventists pastor, amidst certain allegation about which he has refused to comment.

Augustus was recalled from his post as deputy consul general at the St. Vincent and the Grenadines Consulate in New York on Feb. 7.

At a press briefing on Tuesday, Prime Minister Ralph Gonsalves responded to comments that proper due diligence would have shown that Augustus was unsuitable for the job.

Augustus has remained silent after his recall.

He returned to St. Vincent on Monday and met with Ministry of Foreign Affairs officials before leaving for Trinidad that same day, Gonsalves told the media.

(Read: MP raises questions about due diligence before appointment of recalled diplomat)

Gonsalves said at the press briefing that Augustus had worked in the service of the government of SVG before he became a pastor in the Seventh Day Adventists Church.

“I was advised that he resigned from his ministry and was interested in pursuing a career in the consulate services of the Government of St. Vincent and the Grenadines,” Gonsalves said.

“It is generally acknowledged that he has good pastoral skills, a community activist. I have to advise as to whether he be appointed. He came to see me, I told him I have to check out — I have to examine a number of matters before I can recommend his name for consideration to the Cabinet,” said Gonsalves, who is also Minister of National Security.

“I contacted a senior pastor in the church who had known him for years, someone, you may say, in the leadership circle. I received a good report from him. In the meantime, I asked the entity which normally does checks and they came back with nothing that would show that he would not be suited,” Gonsalves said in an apparent reference to the Special Branch of the Police Force.

“Indeed, while I was waiting for a return on those checks, a senior pastor of the Seventh Day Adventists Church in Trinidad was in St. Vincent and the Grenadines — columnist in a newspaper, he was once a senator — he made an appointment to see me, to give testimony about Mr. Augustus’ suitability for this position. In relation to this gentleman from Trinidad, if I get his permission to reveal his name from him, I will do so,” Gonsalves further said.

I-Witness News was unsuccessful in attempts to reach via telephone on Wednesday a person in Trinidad that fits Gonsalves’ description.

Further this publication was unsuccessful in its attempts to reach an official of the local SDA mission when it telephoned the mission’s headquarters repeatedly on Wednesday.

The line was continually engaged when we called Wednesday morning, and later Wednesday afternoon, I-Witness News was told that head of the mission, Pastor Dermos Baptiste had already left for the day.

Pastor Henry R. Snagg, another member of the mission to whom we were referred, was in a meeting, we were told when we called twice Wednesday afternoon, including shortly after 4 p.m.

Up to the time of publication, he did not respond to our requests that he returns a call to us.

Meanwhile, at the press conference on Tuesday, Gonsalves further responded directly to his critics.

“Now, I find it passing strange that some who have acknowledged that they have occasionally signed cheques which have bounced are imposing a 20-20 vision, who are in one office or the other, those who have admitted that they have committed the criminal offence of stoning a church while the pilgrims were at worship, are now saying — that crew now saying that if I had done checks I would have found that Mr. Augustus was unsuitable. Well, I in fact did checked, as I just indicated,” Gonsalves said.