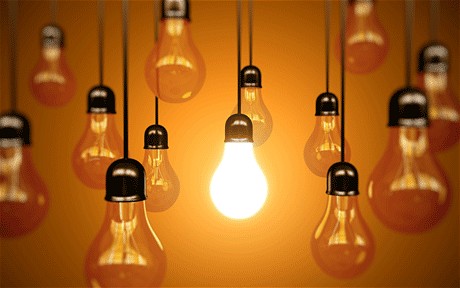 Speaking at a press conference recently, Leacock pointed to a Feb. 16 report in the regional media, in which it was announced that St Lucians will be paying less for electricity, as a result of a 2.6 cent reduction in the tariff for 2013.

“This information squares well with the position that we in the New Democratic Party have been advocating for the past several months, that it requires a public policy position to jolt the management of the local electricity company, VINLEC, into a different approach for determining the cost of electricity and the sale of electricity to its consumers,” said Leacock, who is the NDP’s lead spokesperson on energy matters.

He said that hearing about lower electricity bills “is like magic in St. Vincent,” adding, “we have been told repeatedly by the management of VINLEC that the cost of electricity cannot be reduced.”

Leacock, who is a former human resources manager at VINLEC, further restated his criticism of VINLEC’s continued used of 1973 as the base year for the calculation of its fuel surcharge.

Leacock said he has repeatedly said that the problem is not only with the surcharge, adding that VINLEC must also address the question of the basic charge.

“And here we have the confirmation that St. Lucia has been able to put the basic cost down,” he said, adding that id the basic charge goes down, the surcharge is also reduced.

“So, it is two for the price of one,” said Leacock, who is a former human resource manager at VINLEC.

He said that he has argued in SVG that is useless and out-dated, to use data from 1973 as the basis for calculating the fuel surcharge.

“In other words, their accountants understand the wisdom of using the average price for fuel and determining the base,” Leacock said, adding that the fuel surcharge in 2014, in St. Lucia, for February has been reduced by half a cent.

He said this was possible because St. Lucia Electricity Services Limited (LUCELEC) has been able to receive fuel in 2013 at a lower cost that 2012.

The reductions in St. Lucia are largely due to a fuel price hedging programme that LUCILEC has been using over the past five years.

“… if St. Lucia can do it on their own, there must be potential for us…,” Leacock said, even as he spoke of a regional approach to fuel price hedging, with a view to driving electricity prices down.

Leacock, however, noted, that the basic cost of electricity in St. Vincent is twice that of SVG, but overall St. Lucians pay less for electricity.

“There are all other sets of permutations not of relevance this morning. The fundamental point that I want to say is that electricity cost can go down, and should go down through public policy, management efficiencies, and engineering considerations and that we in the New Democratic Party will continue to investigate and work towards a better deal, not just for the consumers, but in recognition of the fact consumers of electricity in St. Vincent and the Grenadines are also the shareholders of the company VINLEC and that far greater attention should be paid to the quality of service and the way that they are attended to as a people,” he said.

VINLEC told Vincentians in January to expect higher fuel surcharge because of damage to its hydro plants by the Christmas floods.

The NDP called on VINLEC to pay for the excess fuel from its own monies.

VINLEC later said it would subside the increased fuel surcharge to the tune of EC$10 million over the next year or so.