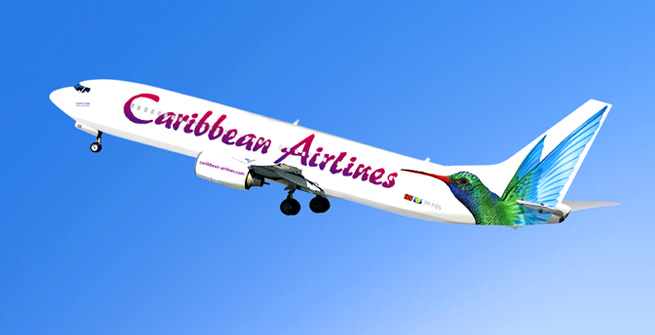 “I have not been formally approached but I understand from our authorities that they have come in and they were doing inquiries. But I haven’t seen anything formally coming to the state administration,” Gonsalves told I-Witness News on Saturday in Fitz Hughes.

Gonsalves, who is chair of regional carrier LIAT, had objected to CAL servicing the same routes as LIAT while CAL was receiving a fuel subsidy from the government of Trinidad and Tobago, which amounted to US$40 million in 2012.

He said that the subsidy was “illegal” under the treaty that established the Caribbean Community (CARICOM), and had threatened to go to the Caribbean Court of Justice if the matter could not be resolved through arbitration.

But the Kamla Persad Bissessar government in Port-of-Spain subsequently discontinued the subsidy.

Gonsalves told I-Witness News that he is no longer opposed to CAL flying to St. Vincent, and that there could be a partnership between the airline and LIAT, which is owned by the governments of St. Vincent and the Grenadines, Barbados, Antigua and Barbuda, and Dominica.

“Once the competition is fair and accords with the agreement which we have for air transportation in the region, there’s no problem,” said Gonsalves, who is chair of CARICOM and is lead prime minister on air and maritime transportation in its quasi-cabinet.

Gonsalves said that in the past, LIAT has had competition from several other carriers.

“I have never ever been opposed to any competition for LIAT. All I ask is that the competition be fair and within the framework of the multilateral air services agreement of CARICOM.

“It is either we have rules or we don’t have rules. If we have the rules, you have to follow the rules. It is a simply straightforward matter,” Gonsalves said.

“It may very well be that if CAL comes into the OECS countries that LIAT and CAL can form a strategic partnership in these matters,” he further said.

CAL’s Communications Manager, Clint Williams, while he would not confirm nor deny the possibility of the airline servicing the route, told the Caribbean Media Corporation on Mondayt, “Caribbean Airlines is continuously evaluating new routes and new opportunities.

“Currently with our new business plan we are evaluating all the flying on our fleets including our ATR fleets,” he further said.

An airline industry officials told I-Witness News that CAL came to St. Vincent recently to do a site inspection about the possibility of flying to St. Vincent.

The airline brought personnel from its security, engineering, operation, and marketing departments.

The source further said that CAL has contacted at least three local companies about the possibility of one of them being handlers for the airline.