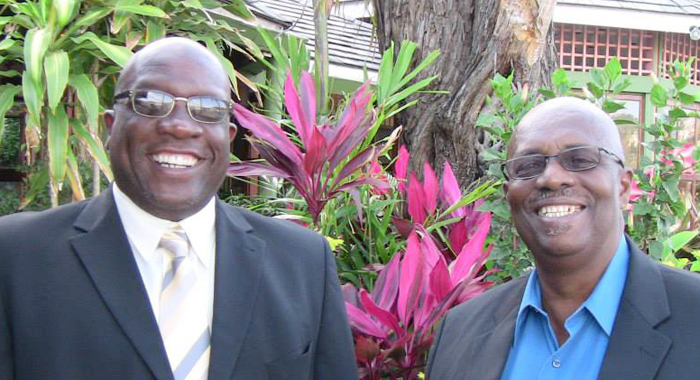 Leader of the opposition coalition, Team Unity, in St. Kitts and Nevis, Timothy Harris, has joined with the opposition New Democratic Party (NDP) in St. Vincent and the Grenadines (SVG) in calling regional attention to the political impasse in his country.

Timothy has arrived in SVG ahead of next week’s inter-sessional summit of CARICOM leaders.

Six of the 11 elected legislators in the twin-island federation say they no longer support Denzil Douglas as prime minister, but have failed over the past 14 months in their attempts to have a motion of no confidence debated in the parliament.

The legislators have filed a motion in the High Court trying to get the Speaker of the House of Assembly to place the issue on the order paper.

CARICOM has remained largely silent on the issue, even as it has issued statements on the political upheavals in Venezuela and Ukraine in recent months.

SVG’s Prime Minister, Ralph Gonsalves, who is also CARICOM chairman, said last month that the situation in Caracas and Basseterre were dissimilar.

Harris will speak at a joint press conference with the NDP on Monday, at a venue about half-mile from where CARICOM leaders will be meeting for their two-day summit.

“The mission has many aspects to it,” Harris told the I-Witness News of his visit to St. Vincent.

“The regional community will be aware that the Honourable Arnhim Eustace has been among the few political leaders within the CARICOM region who have spoken out consistently on the subversion of democracy in St. Kitts and Nevis,” Harris said of the opposition NDP leader.

Eustace has written to CARICOM asking that it intervene in the situation in Basseterre. He and Harris also appeared on the NDP’s radio talk show Thursday night, during which Harris explained the situation and fielded questions from the public.

“We believe that it was thoughtful enough and having regard for the importance of his (Eustace) agitation, specially at this time when heads were congregating in St. Vincent and the Grenadines, that we ought to come in solidarity, that we ought to come and personally express the gratitude of the people of St. Kitts and Nevis to him,” Harris told I-Witness News.

“We also hope by also coming here ahead of the meetings of the heads, that one will help to crystallise the urgency and the importance to the heads of government of deliberating seriously on a significantly important matter.

“We come because we know a subversion of democracy in St. Kitts and Nevis can easily be replicated in St. Vincent and the Grenadines, in Antigua and Barbuda, in Trinidad and Tobago, in Jamaica, in any member state of the CARICOM sub-region,” he further said.

Harris said that Team Unity is using the media to sensitise residents of the region about the situation in St. Kitts and Nevis.

“And those citizens and residents can begin to ask important questions to their leadership about their action or a lack of it in relation to the subversion of democracy in St. Kitts.

“An injustice anywhere is an injustice everywhere, and coming to St. Vincent is just as good as staying in St. Kitts and demonstration against this injustice.”

Asked if he would be involved in any agitation surrounding the CARICOM meeting, Harris said, “I am not at liberty at this time to make public any engagements in which one will be involved with relation to this matter.

“What I can say, is that in collaboration with our friends, the NDP, we are taking use of every available mechanism within the confines of the constitution and the rule of law to ensure the broadest possible dissemination, sensitization of the CARICOM region with respect to this particular matter.”

He said that during the radio programme on Thursday, there were calls from the Caribbean diaspora.

“And these people are asking, ‘Is CARICOM asleep? Is there no good official role for CARICOM, has CARICOM become weary and so helpless that the CARICOM, in the context of what is happening in St. Kitts and Nevis, prefers to pay attention to a subversion of democracy in Venezuela or in Ukraine while in its very midst, the citizens of a member state are being afflicted by a travesty in its democratic order?’”

Harris said Monday’s press conference “is part of our public relations programme of sensitisation of the regional community.

“We are going to have media from throughout the region there, it is an important time for the issue to be ventilated, and basically to let the region know what is happening. It is an abomination, it is an aberration, it is an anomaly, which ought to be corrected, and we are using every opportunity to get that message across,” he told I-Witness News.