CARICOM increases its focus on information and communication technologies 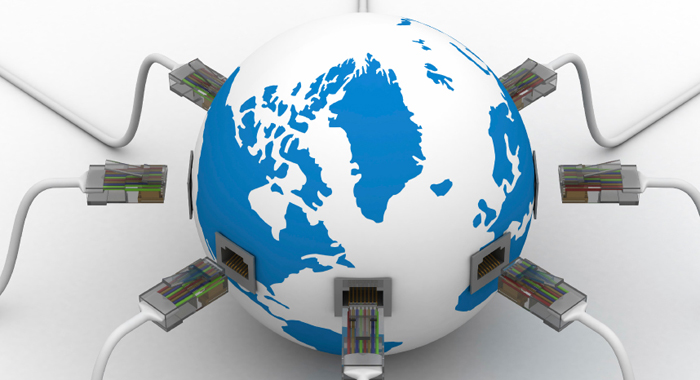 GEORGETOWN, Guyana — As the Caribbean Community (CARICOM) continues to position itself to take full advantage of opportunities to spur economic growth and development and, by extension create the kind of environment in which its peoples are comfortable and safe, it has increased its focus on Information and communication technologies (ICTs) given the importance and pervasiveness of that sector.

Mindful of the way ICT has changed the entire global landscape, heads of government of CARICOM will next week direct their attention to ICT when they gather in St. Vincent and the Grenadines for the 25th Inter-sessional Meeting.

At the two-day meeting which begins on Monday, ICT will be twinned with human resource development as the other key area of focus towards the Community’s sustainable economic development. The Community’s economic prospects will be considered and Heads of Government will receive recommendations from the Commission on the Economy, which they had instituted following their last meeting in July 2013.

ICT has emerged as a priority area for the region in every member state where national consultations for the Community’s Five-Year Strategic Plan were conducted. Ambassador Irwin LaRocque, CARICOM Secretary-General, who has participated in many of those consultations, said recently that all governments of the region have identified ICT as a key pillar and enabler for their country’s socio-economic transformation and development.

“It would be terribly remiss of us if we do not daily, constantly seek ways in which to move ICT to the place of key enabler and catalyst for all we seek to accomplish as a region and as a people,” said LaRocque, who has characterised ICT as the new frontier for regional integration.

In preparation for the inter-sessional meeting, a special meeting of the Council for Trade and Economic Development (COTED) was held in St. George’s, Grenada, in January, to lay the groundwork for the heads of government’s discussions.

Grenada’s Prime Minister, Keith Mitchell, who is the community’s Lead Head of Government on Science and Technology including Information and Communications said, as he addressed the Special ICT COTED meeting: “We need to find a way of leveraging the use of ICT to change our current paradigm as a Region, and to optimize our development.”

The deliberations in St. Vincent and the Grenadines will centre on the development of a Single Regional ICT space, resource mobilization, cyber security and crafting the CARICOM Digital Agenda for 2025. As part of the holistic Regional ICT thrust, public private sector partnerships are paramount in considerations.

The Single Regional ICT Space is conceptualized as the digital layer of the CARICOM Single Market and Economy (CSME). The CSME’s fundamental objective is to achieve a single economic space that will foster growth and will result in sustained development with consequent improvement in the standard of living of all Caribbean peoples.

As envisioned by its framers, the Single ICT Space encompasses the management of Regional information, human resources, legislation and infrastructure in the sector to elicit maximum benefit for the Region’s populace.

The Single ICT space and the Region’s Digital Agenda 2025 will be constructed on the foundation of the Regional Digital Development Strategy (RDDS) which was approved in 2013, and will also have inputs from the Commission on the Economy and the Post-2015 Agenda.

Information at the core of everything

Exciting and creative possibilities are therefore available for the region. Jennifer Britton, deputy programme manager, information and communication technology for development at the CARICOM Secretariat, pointed to the opportunities, particularly for the youth that will become available. With information at the “core of everything” Britton pointed out that one “value nugget” was in the realm of the Community’s creative industries. Consider, for example, the value of aggregating content on the culture, folklore and cuisine of member states for the online environment and the human resources required for this exercise. There is the promise of the access to better value-added information about the community not only for the purposes of research, but for attracting investment and engaging the diaspora as well.

Digitizing documents, animation, development and use of robotics, mastering the powerful social media landscape, as well as the creation of niche markets for youth to assist in nudging older members of the region’s population towards technological competence, are among the other avenues that will become available.

All of this will require a well-educated and equipped citizenry, the ideal of which the community has already developed. The concept of the Ideal Caribbean person encompasses an informed respect for cultural heritage; a demonstration of multiple literacies, independent and critical thinking, questioning the beliefs and practices of past and present and bringing this to bear on and through the innovative application of science and technology to problems solving; a positive work ethic and value for creative imagination.

“Education is key; it is what drives innovation and what will allow us to do different things,” Britton stressed, and added that the Region must be equipped with the tools that were applicable to national and Regional needs.

Socialisation, undertaken in tandem with an appropriately revised education system, is also a critical element in how the community moves forward in the new era. “We are teaching our children about the past; we need to teach them about the future,” Prime Minister Mitchell advised last year during a 2013 lecture series to University of the West Indies students in Barbados.

The demand for legislation to protect intellectual property is anticipated to grow once the creative and innovative processes move into high gear.

In the realm of telecommunications, while liberalisation is underway, challenges can be found in the lack of competition and the disparities that exist among member states.

Moving forward with ICT in the region is a cross-sectoral and highly complex endeavour that requires strong political will and commitment. The challenges revolve around identifying the areas of strategic value, evaluating lessons learned and taking timely and appropriate decisions.

In January, Mitchell articulated his vision of the future Caribbean Community. “In my own view, my passion for adopting the platform of ICT is driven by my vision for a future Caribbean: This will be a Caribbean with an economy that is globally competitive and growing; a citizenry that is fully literate, and continues to learn and grow; where poverty and diseases, such as HIV, AIDS and Cancer, have been brought under control; a society that feels secure and free from the perils of crime; where justice is the order of the day; a leadership that exercises good governance, encourages democracy and protects individual rights, as well as promote inclusivity of differences; the creation of an environment that promote trust between government and citizens.”

Heads of Government, as they continue to deepen the integration process will Monday and Tuesday seek to drive this vision powered by ICT.