Dominican Republic yet to pass law to address citizenship crisis 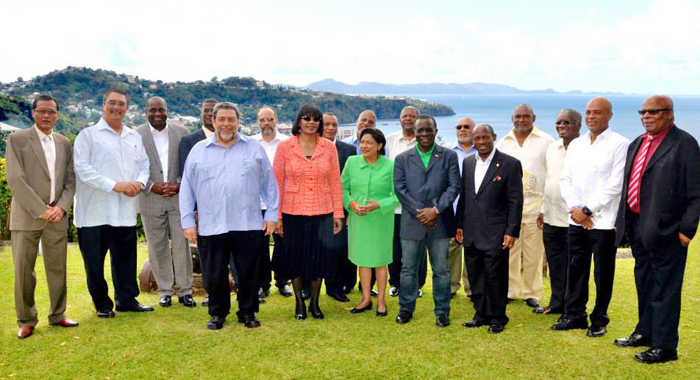 Heads of government of CARICOM have expressed “grave concern” that the Dominican Republic is yet to table, in its parliament, legislation to address the ruling of its constitutional court, which has denied citizenship to thousands of persons, mostly of Haitian descent, born in the Dominican Republic.

“We are anxiously awaiting the promised draft law by the president of the Dominican Republic to address the grave human rights effects of the ruling and we know that there are on-going problems in that regard,” Chair of CARICOM, Prime Minister of St. Vincent and the Grenadines (SVG) said last week.

Gonsalves told the press conference at the end of the CARICOM Heads of Government Summit in SVG that President of the Dominican Republic, Danilo Medina, had promised, at the Community of Latin American and Caribbean States (CELAC) meeting in Havana in January, that the relevant law would have been passed by Feb. 27.

“We haven’t seen it as yet, and when we get that new legislation, we will re-enter the Haiti-DR Bilateral Commission,” Gonsalves said.

He said CARICOM attended as an observer the first meeting of the Commission in January, but stayed away from the second.

“But we really need to see the Dominican Republic make some progress on the matter. They have to show us that they are doing something,” he said.

CARICOM heads of government recommended that the new legislation be brought to the attention of the next meeting of the Haiti-Dominican Republic Bilateral Commission, the communiqué issued at the end of last week summit said.

CARICOM has suspended talks with Santo Domingo about joining the regional bloc, pending resolution of the citizenship issue.