Historian urges coming together of black and Carib Vincentians (+ Video) 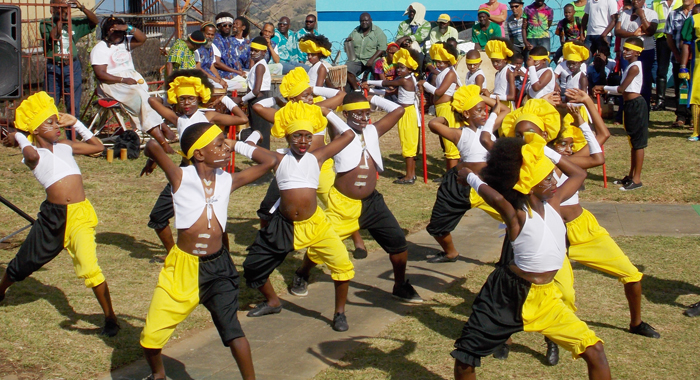 Persons of African and Carib descent in St. Vincent and the Grenadines have similar experiences under colonisation, and should “come together”, historian Dr. Adrian Fraser says.

“Today as we talk about sustainability, it isn’t they, Caribs, and us. It is all of us, who struggled through the darkest days of colonialism to secure a living for ourselves,” he said on Saturday while delivering the feature address during the opening ceremony of the National Garifuna Conference.

“We have, up to now, not learnt the positives from what our national hero and his people had to offer,” he further told the conference, which came one day after National Heroes Day.

SVG’s sole national Hero, The Right Excellent Joseph Chatoyer, a Carib chief, died on March 14, 1795 in a battle with the British.

But while Fraser urged that Africans and Caribs note their similar experiences, he said, that in doing so, “… we should not lose what was distinct about us.

“This is the base that will strengthen us and give us confidence to undertake the journey we are on.”

He said there are things that can be done to inform the Carib and the African peoples about their past and give them an understanding of their roots.

“I suggest making Balliceaux a sacred Carib ground, paying tribute to the many that died there,” he said of the small island in the Northern Grenadines to which thousands of Caribs were exiled after Chatotyer’s death.

“We should aim at having a Carib museum in the Carib country. The schools should have libraries with literature depicting and helping the young people to understand the roots from which they grew. They should be able then to inform visitors about their rich history.

“We have certainly not done a good job at preserving elements of our past and generally, our cultural heritage that could assist the present generation and future generations in understanding our past. Our failure to do this could result in our being lost in a globalised world where, even today, some of us are perhaps more familiar with areas of American life than with our own,” he further told the audience at the Peace Memorial Hall in Kingstown.

In the video below, Fraser discusses issues relating to Caribs in St. Vincent and the Grenadines.