Gonsalves urges Vincentians not to rejoice over unrest in Venezuela 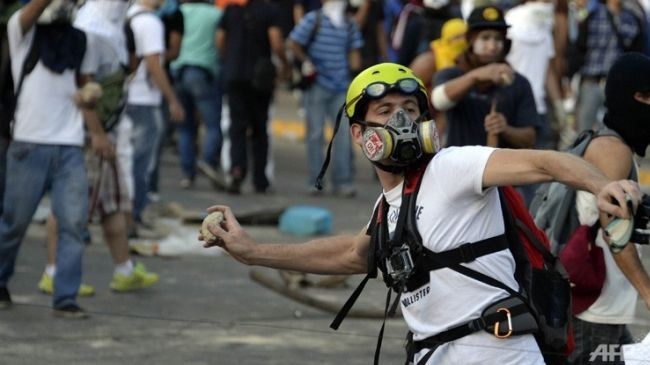 Vincentians should not gloat over the political unrest in Venezuela, Prime Minister Dr. Ralph Gonsalves says, noting the financial benefits of his government’s close ties to Caracas.

“When they are egging people on, to gloat, to see the overthrow of the regime in Venezuela, what is going to happen to that money?” he told a press conference on Wednesday.

For over a month, intense protests against the Nicolas Maduro government’s handling of Venezuela’s affairs, have left at least 29 persons dead.

Gonsalves noted in a press conference on Wednesday that the EC$6 million farmer support programme launched earlier this month, is being funded by Petrocaribe, Venezuela’s oil alliance with several Caribbean nations.

The opposition New Democratic Party has said that if elected to office, it would withdraw from Petrocaribe.

Gonsalves, who is also Minister of Finance, further said that Petrocaribe is funding the government’s EC$1.5 million Supportive Education and Training (SET) programme.

He further said that half of the EC$21 million for the reconstruction of houses for victims of the Christmas floods will come from Petrocaribe.

“Un-sign it? Well the people have a choice in front of them,” Gonsalves said.

“The next thing I hear them saying, if there is a change in Venezuela, you mightn’t have any money there. I always tell them this: these small countries in the Caribbean have always had to look for spaces in order to survive and thrive. We got a space with banana subsidy from Britain for donkey years — for many years; that is now no longer.

“So what you will do? When you are enjoying that space, to say, ‘Boy, we shouldn’t be enjoying this space because it might come to an end?” Gonsalves said.

“So, the logic of that, because it might come to an end, you don’t enjoy the space? Therefore, what you must do, when you have your life, don’t live it well and sensibly and don’t have enjoyment or anything, because, boy, yo’ going dead, yo’ know.

“I just don’t know what happen to some people; they just don’t put on their thinking cap with anything. There is a space, I enjoy the space and I look to support the space,” he told reporters.