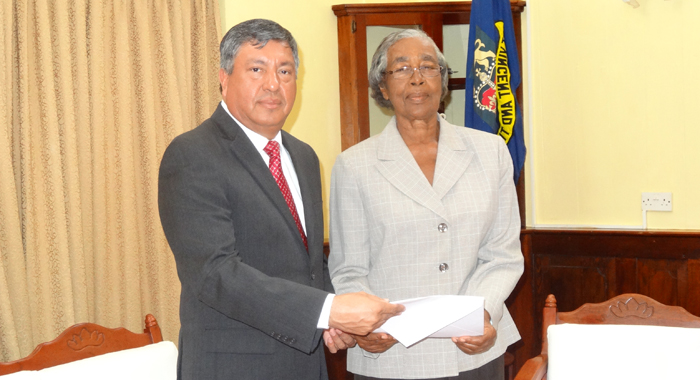 Moreno is a career diplomat with over 30 years of experience in the diplomatic field having joined the Mexican Foreign Service in 1982. During this period he has been hailed as a promoter of the bilateral cooperation through a close and respectful relation with the authorities of the countries where he has represented Mexico.

He is no stranger to Caribbean affairs, previously serving as ambassador to Haiti and Belize, respectively, the Ministry of Foreign Affairs in Kingstown said in a release.

In the area of education, a number of Vincentian students have benefited from both short term and long term academic training in Mexico in various fields. Mexico has pledged it readiness to provide assistance to SVG following the devastating December floods.

Regionally, SVG and Mexico partner on issues of mutual interest through their membership to the Association of Caribbean states, Community of Latin American and Caribbean States, and the Organisation of American States.

Further to being accredited to SVG, Moreno also serves concurrently as Mexico’s representative to other Member States of the Organisation of Eastern Caribbean States (OECS).

One reply on “New Mexican ambassador to SVG presents credentials”