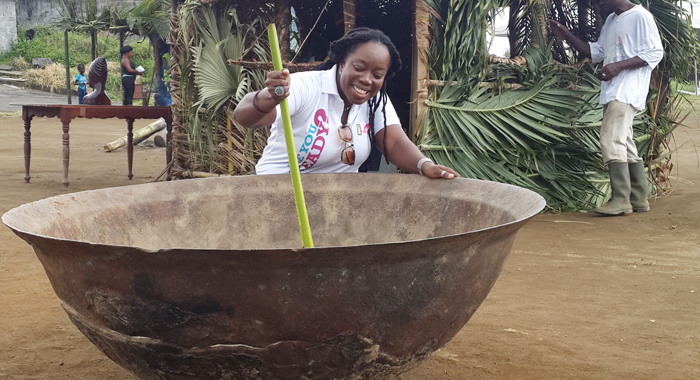 Calypsonian and Community activist Maxwell “Tajoe” Francis, event co-ordinator of the session organized by the Fancy Unity Farmers Co-op in Fancy, said that the input from LIME is a clear indication that the annual event is going places, and with LIME, he anticipates that it would go further.

“LIME has been on board with us for years and we are seeing our showcase getting bigger and more prestigious, thanks to LIME.

“LIME’s presence is a huge benefit to us in terms of pushing it where we want it to go. We look forward to partnering with LIME in future years to make the Fancy Heroes Day celebrations one of the more prominent showcases in the land,” Francis, a former LIME spokesperson said.

In Chateaubelair, LIME also contributed to the Culture Fest exhibition, which took place at the Chateaubelair Playing Field.

Terranza Franklyn, co-founder of Generation Next, which organized the event, thanked LIME for their contribution to the event, which was hailed as a tremendous success.

She said it is good that LIME is involved in community activities such as those organised by Generation Next.

“They have helped us to offset some of the cost of hosting Culture Fest, which gives us as organizers the ability to do more for the community. To LIME we are very grateful for their assistance,” Franklyn added.

LIME also assisted to the Greiggs Garifuna Committee with their re-creation of a heritage village as part of their celebrations on National Heroes Day.

LIME provided gift items and books as prizes for participants in the cultural production that day.