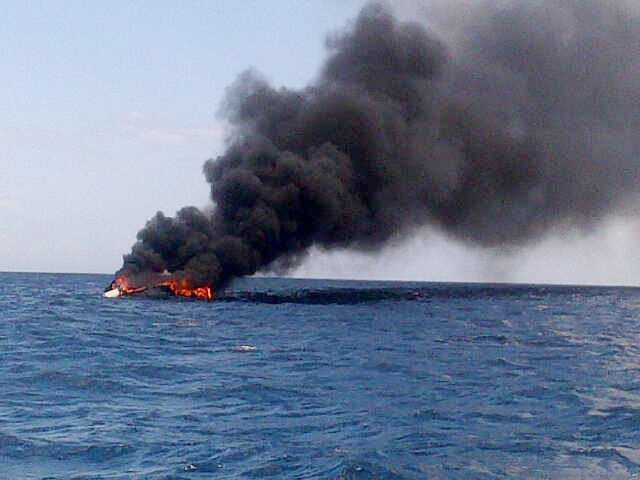 Heidi Hukkelaas, the Norwegian woman wanted by Vincentian police in connection with the death of British sailor John Edward Garner, left Bequia on board SVG Air flight 609 to Barbados on Tuesday, one day before Garner died, an SVG Air passenger manifest obtained by I-Witness News on Friday shows.

Garner was discovered in the waters several miles off Buccament Bay on Wednesday, and was pronounced dead on arrival at the Milton Cato Memorial Hospital in Kingstown.

Dive operator Kay Wilson, whose team was the first to respond to a fire at sea around 11:45 a.m. Wednesday, found the British sailor floating in the water, while his yacht, “ASANTE”, was burnt down to the waterline.

The vessel sank shortly after, Wilson told I-Witness News in a written statement.

Police said in a statement on Wednesday that Garner and Hukkelaas arrived in St. Vincent on Jan. 19 and were permitted to stay until April 19.

They said they had no record that Hukkelaas had left the country via any of its airports or seaports, a point that Commissioner of Police Michael Charles repeated to I-Witness News on Thursday, adding that police suspected foul play in Garner’s death.

Charles said investigators were wondering whether Hukkelaas was a suspect in or a victim of the fire.

Bequia-based sailor, Winston “African” Simmons, a friend of Garner and Hukkelaas’, told I-Witness News on Thursday that Hukkelaas left St. Vincent on Tuesday and Garner was alone when he set sail from Bequia for Cumberland Wednesday morning.