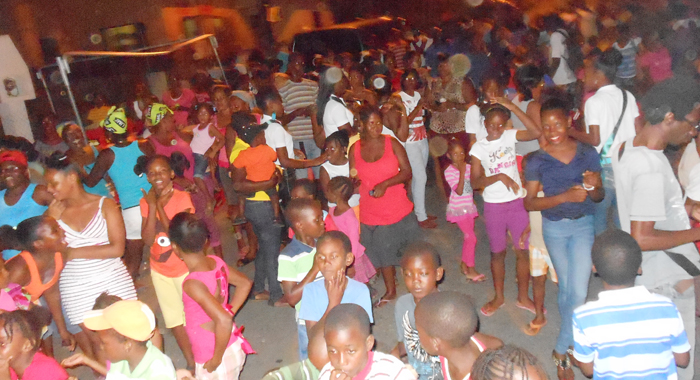 A section of the crowd at the Culture Fest event in Chateaubelair.

Member of the National Reparations Committee, historian Curtis King, is calling on Vincentians to get engaged more on the issue of reparations.

King made the call while speaking at a cultural event in Chateaubelair on Saturday.

The event, dubbed Culture Fest, was spearheaded by the Generation Next – North Leeward youth group as part of activities to mark this country’s National Heroes and Heritage month.

King said Vincentians have to repair the damage done to us as black people by starting the discussion and have to support those that are fighting for justice.

“As black people we don’t want to talk about that, but we can speak about the Jews and the Japanese. They received reparations,” King noted.

In making his case for reparations argued that what was practised in the Caribbean was native genocide.

“Chateaubelair was a Carib community and now we hardly have Caribs here, because of the destructive and murdering policies of the British,” King told the gathering.

“The Caribs did not roll over and die easily; they were engaged in warfare fighting against the mighty British and holding them off for over 34 years,” he said.

Noting that the Caribs were banished and exiled, King said that the onus is on the citizens to support the cause and the struggle for reparations against the cruelty to our ancestors.

“In 2002 they had major conference in South Africa where they said slavery and native genocide were not crimes, but we are saying today that they must pay and we need reparations to continue our thrust and development,” King said.