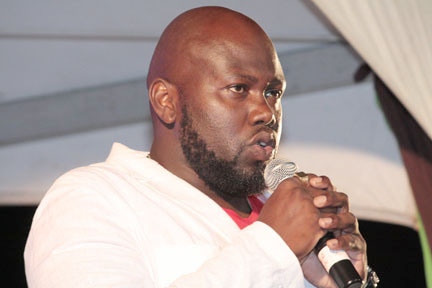 Abdon Whyte, son of the Customs guard who drowned in Union Island during a reported shootout between police and Venezuelans in 2012, says he has political ambition but is not sure when he will act on them.

“I do have an interest in politics. When I may decide to seriously pursue those interest, that is another thing,” Whyte told I-Witness News in a recent interview.

“I have been president of a number of organisations and I like community work,” he further said, adding that that is why he is a member of the Union Island Easterval Committee.

He is a former head of the Southern Grenadines chapter of the youth arm of the ruling Unity Labour Party (ULP) and told I-Witness News that he is not a member of the ULP, but is “a supporter of good ideas”.

Asked if he is a supporter of the ULP, Whyte told I-Witness News,

“I may not support everything that the party does,” siad Whyte, who described himself as  “a very opinionated person”.

There is a view that with Director of Grenadines Affairs Edwin Snagg, having failed to unseat the New Democratic Party (NDP) in the Southern Grenadines three times (2001, 2005, 2010), the next general elections, constitutionally due in 2015, would be an opportunity time to usher in the younger Whyte.

The Southern Grenadines has voted NDP since it became a separate constituency in 1989.

“I believe that the ULP can win the Southern Grenadines. It is just a matter of having the right persons involved,” Whyte said when asked if he thinks now is the right time for him to take the plunge.

“Persons say that NDP is unbeatable. I don’t think so. Snagg didn’t beat them but he proved that they can be beaten,” he said.

“People in the Grenadines, you have to earn their trust. And you earn their trust over a period of time, and I think earning the people’s trust will be biggest task for anyone running on a ULP ticket.”

But Whyte has been very vocal about and often critical of the government’s handling of the incident in which his father died.

Police have said that Othneil “Money Man” Whyte drowned during an incident in which Venezuelans aboard a boat reportedly opened fire on the Customs guard and a local police officer.

Three Venezuelans were shot and killed and another was injured during the incident.

On Sept. 19, 2012, Director of Public Prosecution (DPP) Colin Williams ended attempted murder and attempted kidnapping charges against four of the Venezuelans, in addition to Customs violation charges against the captain of their vessel — “El Amigo Fay”.

The men then returned to Venezuela even as a coroner’s inquest was expected into Whyte’s death.

That inquest began more than a year after the incident, and was suspended indefinitely, pending the return of the Venezuelans to testify.

Whyte said the incident has “not necessarily” affected his view of the ULP.

“I really don’t like the way the situation was handled, and I still don’t like how it is being handled and I think it needs some sort of closure quickly…” he further said.

“I personally didn’t like how the Director of Public Prosecution handled the entire issue, releasing the Venezuelans to go back. He said it was going to be easy for them to come back, but I think it is impossible.

“Persons blame a lot of people but I blame him (the DPP). His post is an independent position and I am blaming him for us not having any closure, because I think he just did everything backwards.

“So, persons may want to point fingers all over the place, but I believe that if you are put in a position to do a job, you should do that job and if it is not done, you should be blamed, you should be held responsible,” Whyte further told I-Witness News.

“And I hold him totally responsible for us not having closure in this whole matter, because he said boldly that nobody can tell him what to do. And I believe him,” Whyte said laughing.

And almost two year after the death of his father, Whyte said it is still “difficult” for his family.

“Our father raised us very, very tough and I think because of that it doesn’t show. But it has been very difficult, very difficult for my mom. And I was really hoping and praying that when the coroner’s inquest started last year that there would have been some sort of closure. And after the postponement of it, who know when it is going to re-start?” Whyte told I-Witness News.